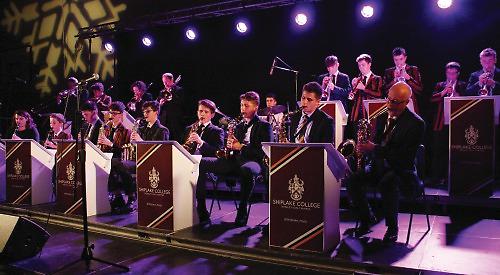 The Shiplake Chorus, featuring pupils and staff, including headmaster Gregg Davies, gave a beautiful rendition of Instruments of Peace by Kirk Dearman, followed by It’s Alright by Huey Lewis and The News featuring a solo by Tom Stuart.

Max Gardiner and Ewan Pratt (year 8) and Milo Griffiths and Alex Wilson (year 9) — alias The Underdogs — played The Script’s Break Even and The First Eight covered Ed Sheeran’s Perfect with a verse sung in flawless Italian by Patrick Kenny.

Charlie Thomas and the BTEC Super Group sang Aha’s Take On Me.

The lower school choir closed the show with The Rembrandts’ I’ll Be There For You, the theme tune to Friends.