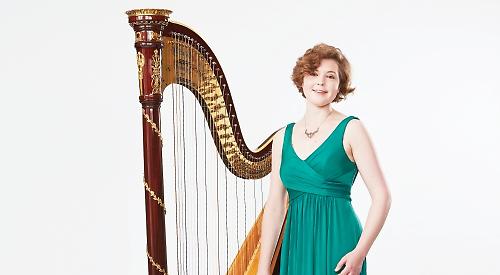 HENLEY is awash with festivals and concerts of one kind or another and the standard is invariably high.

Local choral singing is no exception, as witnessed on Saturday by capacity audiences at St Mary’s Church, where Henley Choral Society and their junior choirs joined forces for a Christmas double bill.

The day’s centrepiece was A Ceremony of Carols, written by Benjamin Britten in 1942 on board the ship that brought him home from wartime exile in the States.

Originally scored for boys’ voices and harp, it is more usually performed, as on this occasion, in the arrangement for four-part choir.

The afternoon concert was primarily a platform for the youth choirs, who lost no time making their presence felt, joining their senior HCS colleagues in the opening songs from A Ceremony of Carols. Processional was a medieval chant and Wolcum Yule an exciting, long vocal fanfare.

This was coupled with the beautiful I Wonder as I Wander (traditional, arranged by John Rutter), a piece of many strands featuring promising senior youth choir soprano Ellie Vockins in an impressive solo.

Under Jessica Norton’s guidance Henley Youth Choirs had been well prepared. Both choirs’ performances benefited hugely from being memorised — all eyes then tending to focus on the conductor’s stick. The outcome was a collective sense of rhythm and excellent ensemble.

The juniors’ version of
I Saw Three Ships was confidently dispatched, while in Britten’s trickier
A New Year Carol several courageous young singers made solo contributions.

The senior youth choir’s turn came in the form of Leontovich’s charming Carol of the Bells and the gospel Holy Night, accompanied by pianist Anita D’Attellis and involving several different soloists. The adult choir’s now routine capacity for handling difficult polyphony or unfriendly tonality was exemplified in This Little Babe and Deo Gracias, both from
A Ceremony of Carols and re-emphasised in A Babe is Born (William Matthias).

Peter Asprey’s policy of allowing the singers to express themselves without overweening direction clearly worked. And as always the strength of HCS’s sopranos set the quality benchmark.

I would have liked to have heard A Ceremony of Carols flow uninterrupted from beginning to end. In its broken-up form I suspect some of its magical medieval quality might have been lost. That said, one could not fail to enjoy each and every one of its 11 carols as interpreted by Peter Asprey.

Britten’s inclusion of a harp accompaniment was inspired — and who better to play it than harpist Mary Reid?

Not only was she the glue and reliable thread throughout, but she accompanied impeccably. Her solo Interlude was exquisite.

The thought and preparation put into such quality music-making is to be applauded.

All three choirs, and Henley itself, are fortunate to have the support of such outstanding conductors and accompanists, whose striving for excellence is so clear for all to see.

• Why not try your hand at some choral singing yourself at Henley Choral Society’s “Come & Sing Handel’s Messiah” event on Saturday, January 19, from 9.30am to 1pm, at the Christ Church Centre in Reading Road, to which all are welcome. For more information and to book tickets, priced £10, visit www.henleychoralsociety.org.uk