Hallelujah! Choral society’s ‘Messiah’ had us on our feet 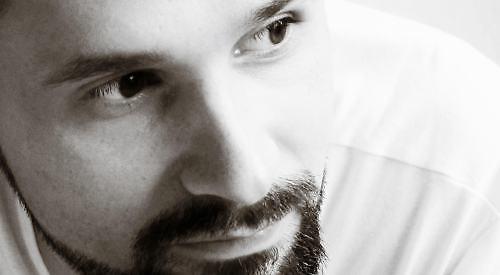 The venue was an excellent choice — both visually and acoustically it complemented the 120 singers and the accompanying Dei Gratia Baroque Ensemble.

The performance was directed by the choral society’s talented conductor Peter Asprey, a former choral exhibitioner at Cambridge, founder member and singer of Stile Antico and a Gramophone Classical Music Award winner in early music.

Despite its familiarity, the Messiah never fails to delight. An oratorio, yet operatic in scale, it is packed with endless melodic arias, ensembles and choruses, each underpinned with Handel’s brilliant orchestration.

Though often heard at Christmas time, the work was originally intended for Easter and had its first performance in Dublin in April 1742, with the London premiere taking place the following Lent.

The singing throughout was most impressive. At full force Henley Choral Society makes a marvellous sound and there were many thrilling moments when the hall resounded with the drama, passion and exuberance inherent in this great work — “Lift up your heads” and “Worthy is the Lamb” being just two notable examples.

In spite of the large chorus — Handel’s original intention for a modest number of singers and players was the practice of the time — the parts were clearly balanced and there was a sense of intimacy between musicians and audience.

The singers retained the buoyancy required for numerous scales and running passages. Indeed, they made “His yoke is easy” sound exactly that!

Lawrence Olsworthy-Peter (tenor) brought a wealth of variety and inflection to the text in the recitatives. Equally engaging in the arias, his runs in “Every Valley” were crisp and evenly measured, while in “O thou, that tellest good tidings” his operatic background was evident as he hit the high notes on full power.

Thomas Humphreys (baritone) provided darker-toned contrasts and depicted some sense of wrath in “Why do the nations so furiously rage together”, despite a somewhat stilted stage presence.

However, in “The trumpet shall sound” he perked up a little — due no doubt to Nathan Richards’s excellent trumpet-playing, performed specially from the Concert Hall’s balcony.

Countertenor Péter Bozi was particularly expressive and gave a poignant rendition of “He was despised and rejected”. Elsewhere, Vanessa Bowers (soprano) impressed with her nimbleness in “Rejoice greatly” and then with her sustained serenity in “I know that my redeemer liveth”.

The Dei Gratia Baroque Ensemble, performing on period instruments, was led by Anne Marie Christensen and provided superb support throughout. From the opening Sinfonia (overture) the playing was vibrant and rhythmically compelling. Later on they achieved a remarkable sweetness during the Pastoral Symphony interlude, bringing about a welcome moment of calm.

The audience, including Henley’s Mayor and Mayoress, were in good voice as everyone rose to their feet for the “Hallelujah” chorus — following a tradition established by King George II, who was said to have been overcome on hearing it for the first time.

The crowds dispersed into the night, humming, singing and feeling wonderfully uplifted by this joyous concert.