Joe’s got 60 years’ worth of music inside him 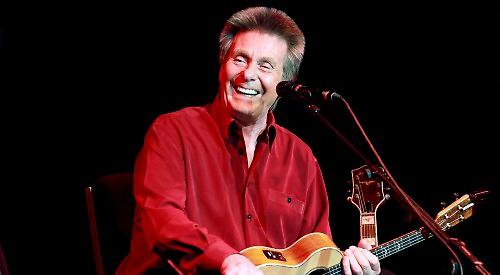 VETERAN rocker Joe Brown will play two nights at the Kenton Theatre this autumn — in celebration of an incredible 60 years in the music business.

Joe, who lives in Skirmett, has lined up a 43-date UK tour as he prepares to look back on a lifetime with a guitar in his hand.

Fans of the 77-year-old will have another chance to see him locally later on in the tour when he plays the Newbury Corn Exchange on Wednesday, November 13.

A spokesman for the singer said: “Joe’s first group was a skiffle group, until he heard Little Richard — then rock’n’roll was the only way.

“The Beatles supported him and George Harrison became a life-long friend.

“Joe’s first big hit saved his life — it took him off on a solo tour, otherwise he’d have been in the car crash that killed Eddie Cochran.

“Several big hits later he was established and Joe Brown and The Bruvvers became a Sixties household name.

“His last tour was a solo trip down memory lane, combining stories from his past with great playing, abetted by old friend and special guest Henry Gross.

“This 60th anniversary tour sees him back on the road with a brand new band and long-time stalwart Phil Capaldi.

“The line-up is as follows: Phil Capaldi on drums and vocals, Andy Crowdy on bass and vocals, Tom Leary on fiddle and Steve Simpson on guitar, mandolin and vocals.”

Brown’s music career actually began in 1956 when, aged 15, he formed The Spacemen skiffle group, which lasted until the skiffle boom faded away towards the end of the Fifties.

Having grown up in Plaistow, he worked at the local British Railways locomotive works for two years in the late Fifties, becoming a steam locomotive fireman.

He later told an interviewer he had left the job because “the smell of the diesels drove me out when they took over from steam”.

But his nose for all things musical remained as sharp as ever. Having found no use for it himself, he famously introduced Hank Marvin to the Italian-made Meazzi Echomatic echo unit, helping lay the foundations for what became the Shadows’ signature sound.

September’s concerts promise to feature a bit of everything — some rock, some instrumental, a touch of gospel, some banjo and fiddle.