Festival DJ’s looking to take you back to the 90s 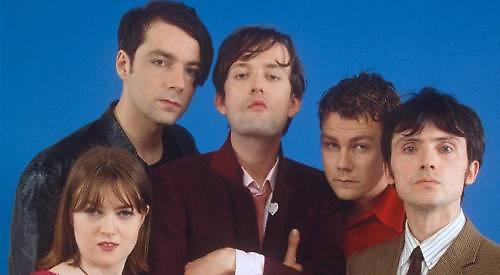 BBC radio and TV broadcaster Jo Whiley will be appearing on the Floating Stage at the Henley Festival next month, performing her “90s Anthems” set.

Jo, 53, began her career as a researcher for several radio and TV shows including Channel 4’s flagship music show The Word.

She joined Radio 1 in 1993, where she co-hosted the Evening Session with Steve Lamacq before landing her own show and becoming a regular presenter on Top of the Pops.

In 2011, Jo moved to Radio 2 to present The Jo Whiley Show in the evenings from Monday to Thursday— where she stayed until last year.

She then moved to Radio 2’s afternoon drivetime show with Simon Mayo — an awkward arrangement that ended after a relentless and at times vicious backlash from some listeners — after which she returned to her solo evening slot.

On the radio, Jo comes across as warm and authentic, slightly self-deprecating and always happy to be there. How does she feel about getting her old show back?

“I love it,” she says. “I get the chance to play great music of any genre — as we are on from seven to nine in the evening, it means that we can play such a vast and eclectic mix of music. Anything goes, as long as it’s great.

“I also get to speak to some wonderful people about their musical passions — who’d have thought I’d ever be discussing Nick Cave with Julia Roberts?

“Plus, we have fantastic live sessions every week — from Sam Fender to Kiefer Sutherland.”

So, what can the Henley Festival audience expect from Jo’s “90s Anthems” DJ set?

“I was presenting the Evening Session on Radio 1 for most of the Nineties and it was the most amazing time for music,” she says. “Guitar bands started to rule the charts and dance music suddenly got very interesting.

“The set will reflect this whole scene — so Oasis and Blur, of course, Pulp and James mixed in, with some seminal dance tunes like Faithless, the Chemical Brothers, Fatboy Slim, and maybe the odd big club banger like N-Trance or Blackbox.

“If you were around in the Nineties and can — or better still cannot — remember it, it will be a great night.”

Jo is known for being an enthusiastic festival fan herself, but what makes them so special in her view?

“The festival seems to have taken on a cultural life of its own over recent years, and it’s just got bigger and better.

“It is bizarre that the UK has so many amazing festivals on an island that has such changeable weather. We Brits seem to really embrace being outdoors in the rain — there’s nothing we like more than dancing around in the mud to our favourite bands.

“I think our festivals are special because they celebrate everything that exists in our culture — whether it’s literature or live music, crafts or food, performance art or circus skills, the UK festivals are home to them all.

“Glastonbury is the big one, of course — I’ll be doing my Radio 2 show from there on Saturday and Sunday, plus TV coverage for the BBC. After a year off to let the fields go fallow, there’s huge excitement for this Glasto — it feels like the natural order of things has been restored.”

Does Jo have any special festival memories?

“There are so many! I once went to Glastonbury to do my show and we had a horrendous storm through the night, which continued all morning. Stages were sinking and people were getting around in inflatables usually seen floating in the sea.

“I did my first link only to hear a crack of lightning, followed by thunder, and we completely lost power, so I had to let Chris Moyles do the rest of the show from London.

“Interviewing Adele moments before she went on stage was special, and trying to introduce Foo Fighters on the Pyramid stage only to be drowned out by thousands of people chanting my name was hilarious!

“And interviewing Dolly Parton after her legendary Glasto performance will stay with me always — she was ace.”

Radio listeners respond to Jo’s personable and friendly presenting style by getting in touch to ask for song requests, or just to tell the nation what they have been up to that day.

“It’s all about the audience and we’ve built up a lovely relationship,” she says. “In the daytime people are running around having busy lives. In the evening many people are just pottering around or relaxing and we get to reflect that in the show.

“There are the creatives who beaver away making stuff, and then there are the tribe who are in their cars being the taxi service for their loved ones.

“And then there are those who are rather lonely — I’m very happy to bring comfort to those who need it, that’s a real privilege.

“I am a naturally shy person but when I’m on the radio it’s just me, a box of records and a microphone — it’s very personal.”

Away from the radio mic and the TV cameras, Jo spends a lot of her spare time participating in sport, and recently completed the Blenheim Palace Triathlon.

“I originally started running for a charity event,” she says. “I always hated it and now it’s become a passion.

“I always enter runs to give me focus — the Royal Parks Half is a favourite. If I know that’s looming then I ultimately have to train for it, otherwise I think I’d lose my running mojo.

“I can’t say I love running at the time, but I feel great after I’ve done it, so it’s good for my head and for my body.

“I am one of the voices on the Couch to 5K app, and I honestly feel like that’s one of the best things I’ve ever done. I get messages daily from people whose lives have changed because they took up running after listening to me as their trainer on that app — I’m bowled over by it.

“Sport in general is something I passionately care about, and as a family we end up doing all sorts of challenges together — it’s sociable, it’s good for your physical and mental health, and it’s fun for us all to do together.”

And what about gardening?

“Any day in the garden, on my own, in silence, is a good day. At one with nature, birds singing, sun shining, peace — I’m not sure I am ever happier.

“I love all aspects of it — the weeding is enormously satisfying and I like the feeling of being exhausted at the end of a long strenuous day in the garden.

“Planting a bunch of things and standing back and liking what you see is very gratifying. I do like colour — roses and peonies are my favourites.

“We grow all sorts in the vegetable patch — potatoes, strawberries, raspberries, pumpkins, tomatoes, peas and herbs. I grow them and my daughter cooks them.”

• Jo Whiley will be performing her Nineties Anthems DJ set at the Henley Festival from 10.05pm on Friday, July 12. For more information and to book, visit www.henley-festival.co.uk