Kate Bush singer did a deal with dad 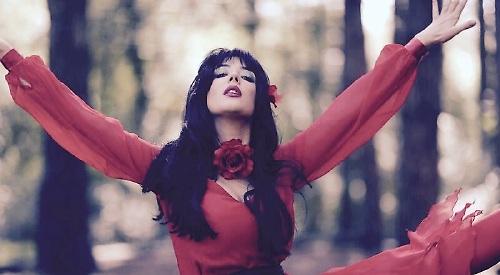 A SINGER who’s a dead ringer for the young Kate Bush is playing a tribute concert at Norden Farm Centre for the Arts in Maidenhead next Saturday (August 10).

Singer Katy Smith and her band are collectively known as Kate Bush-ka.

A spokesman for Norden Farm said: “The band deliver an immersive performance of Kate Bush’s alluring repertoire, starting with her revolutionary first album, The Kick Inside.

“Performed by five musicians with a passion for Kate’s incomparable music, they present it with authenticity and admiration.”

Fans can expect to hear versions of Moving, Sat in Your Lap and Babooshka.

Katy said: “I was about seven years old when I first fell in love with Kate’s music. My mother and father had always loved her work and the name was a regular at home.

“Being a millennial, it came in handy to grow up with computers when I decided to make my mum a Kate Bush greatest hits album for Christmas. I used to play the album and loved the different sounds I heard.

“Fast-forward to being 17 and I regularly performed at open mic nights singing British hits from the Sixties including Cilla Black and Sandie Shaw amongst other stuff like Hazel O’Connor.

“I used to have people come up to me afterwards and make comparisons to mine and Kate’s voice every time I performed.

“With my father Gary being a fantastic drummer and avid Kate fan, it made sense to begin performing her music.

“We got a band together in 2017 — my only rule being that members had to have the same love and enthusiam for Kate’s music as us, and here we are.

“After years of watching every interview, every live performance, every dance, studying her intonation, speaking voice, accent and eccentric sounds, we have developed a show with art, music and visuals for a true Kate Bush experience.”