Biblical epic’s one of the greatest stories ever sung 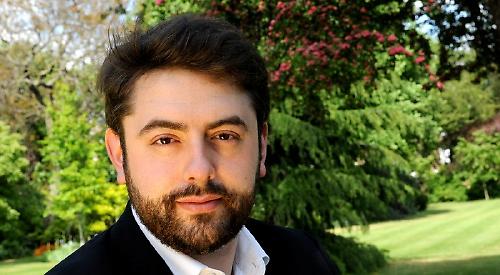 MEMBERS of Henley’s Aliquando Chamber Choir are preparing to celebrate their 10th anniversary next Saturday (November 9) with a performance of Mendelssohn’s Elijah at St Mary’s Church.

First staged in 1846, the oratorio chronicles many episodes in the biblical prophet’s life, including his challenge to Ahab, the contest of the gods, the miracle of raising the dead, and his ascension into heaven.

In order to do full justice to Mendelssohn’s great work, Aliquando have recruited four
top-flight soloists, including the Welsh soprano Elin Manahan Thomas, who sang “Eternal source of light divine” at last year’s royal wedding, having previously performed it at the opening ceremony of the London 2012 Paralympic Games.

Joining her are bass-baritone James Oldfield, who made his professional debut at Garsington Opera in 2010; soprano Valentine Ford, who has previously sung solo with both Aliquando and Henley Choral Society; and Henley tenor Alex Haigh, who recently played Rodolfo in Opera Holloway’s production of La Bohème at the Kenton Theatre.

James Oldfield plays Elijah, with Alex Haigh as his right hand man Obadiah and Elin Manahan Thomas as The Angel. Valentine Ford doesn’t play a specific part but her role in the production will see her sing a duet with Elin.

The music, meanwhile, will be provided by an orchestra of 25 players hand-picked by Hazel Todd of the West Forest Sinfonia.

Hazel’s other connection to Aliquando is that she was the flatmate of the choir’s musical director Anne Evans when both were students at the Royal College of Music in the mid-Sixties.

Anne, who grew up in Rhodesia — now Zimbabwe — came to London after winning a bursary to study singing and piano.

Having started playing piano at the age of four, her time in the capital saw her adopt singing as her first subject.

“I was a soloist in my young days and I’ve sung Elijah about four or five times but never had the opportunity to actually conduct it,” says Anne. “But the reason I’ve chosen it for this concert is that it’s full of passion with a fantastic story and the most beautiful melody I’ve ever come across. I think it’s better than Handel’s Messiah — that’s my personal view. And it’s much more approachable too because there’s a storyline about Elijah the prophet who goes through a real period of doubting himself and then coming back to fulfil this prophecy. It’s really quite amazing.”

As Anne tells it, the composer’s approach to the source texts was very much “by the book”.

“It’s all biblical,” she says. “The Old Testament wording and everything is absolutely spot on. The interesting thing about when he, Mendelssohn, was putting it together was that he had a lot of difficulty making sure the words that were taken from the Bible were beautifully interpreted by the music. And that’s the pure genius of it, I think.”

With Elijah having originally been written to be performed by full-scale choral societies, how do Aliquando — with their more modest 30 members — intend to approach the work?

“It’s really for a big choir and a massive orchestra,” laughs Anne. “And you come out of a concert thinking ‘Oh, the orchestra were fantastic but I wish I could hear the choir more.’

“So there’s been a move now to have reductions of the orchestra script. The notes are not changed at all, but instead of having two oboes to share the part they only have one oboe, one clarinet, one bassoon. So it’s a very, very intimate orchestra but it’s got all the notes going through it — and it allows the voices to come through.

“The reduced orchestral score, they call it. So it’s just reduced in numbers because the noise they made when Mendelssohn composed it was phenomenal. And you’d need a big choral society to do it, but if you use a reduced scoring you can do it with a choir — as long as they’re good.”

If that sounds like a cunning plan, Aliquando have another up their sleeve — one designed to keep the work’s length in check while at the same time engaging the audience.

“Elijah is notoriously long,” says Anne. “It was very seldom done in a full concert version. So what we’re doing is we’re actually covering the whole story but we have narrations halfway — little bits of narration that use the biblical words and it doesn’t take as long as to sing them. So narration is part of it — it’s to keep the storyline flowing.”

The narrators, who also performed with Aliquando at last November’s concert in aid of the Royal British Legion, are Martyn Read and Nansi Diamond.

A Henley native, Martyn is best known for having played Captain Birdseye in the popular TV adverts.

“They’re singing one particular aria to Elijah when he is having serious doubts about his ability to carry out his God’s will,” says Anne. “They tell him to ‘Lift thine eyes to the mountain from whence cometh your help’.

“Ellie Vockins also sings the part of The Youth, who Elijah sends up the mountain to look out for the rain that will end the famine — a curse God has sent to punish the Israelites for worshipping the foreign god Baal.”

Next Saturday’s concert has the earlier than usual start time of 7pm, with proceeds going to the Chiltern Centre for disabled children.

Village side has the edge