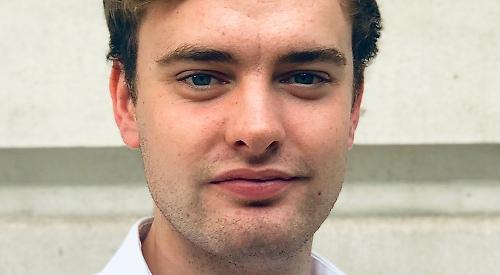 Starting at 7pm, the evening concert takes its title from “A Winter’s Night” by Cecilia McDowall, which heads the programme.

Together with their respective conductors, Peter Asprey and Jessica Norton, the adult and youth choirs have been rehearsing major works by composers Peter Cornelius and Sir George Dyson, along with joyful seasonal pieces by John Rutter and Bob Chilcott.

He said: “It is exciting to bring together two very English works for our Christmas concert this year — George Dyson’s regal Magnificat and Nunc Dimittis and Cecilia McDowall’s carol medley, A Winter’s Night.

“I hope the audience are inspired by McDowall’s trademark rhythmic vitality that helps to create a vibrant Christmas atmosphere.

“I would invite everyone to listen to the finale of this cantata and try to guess which carols can be heard sung at the same time. It guarantees to bring our concerts to a rousing climax.”

Charles Cunliffe, who was named the Royal Academy of Music’s outstanding student of the year for 2019, will perform solos and sing selected pieces with the choir.

Mr Asprey added: “I would like to draw attention to three works for choir and baritone solo: John Rutter’s settings of The Wexford Carol and There Is A Flower. And thirdly, from the other end of the musical timeline, Matteo Flecha’s Riu, Riu, Chiu, published in 1556.

“The phrase ‘Riu Riu Chiu’ was a traditional call of Spanish shepherds guiding their flocks and the choir should have some fun with the rapid pace and harmonies, as well as mastering the chorus in Spanish.”

Richard Moore, an organist who has performed for the Queen and recorded for BBC television, will accompany both concerts.

During his scholarship period at St Paul’s Cathedral he played at the funeral of Baroness Thatcher. He is currently the sub-organist at Guildford Cathedral.

Choral society chair Susan Edwards said: “We are truly honoured that our evening concert will be attended by the composer Cecilia McDowall and we do hope she will enjoy our performance of A Winter’s Night. We are expecting to sell out for both concerts and I would encourage people to get their tickets soon and come and join us for a joyful Christmas celebration.”

Tickets can also be purchased from Gorvett & Stone at 21 Duke Street.