Jazz pianist is boarding the Night Train at pub 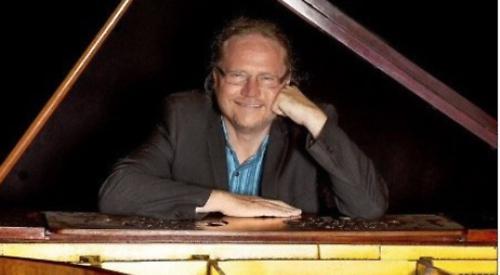 ONE of the UK’s top jazz pianists will be paying tribute to one of his musical forebears at the Crooked Billet in Stoke Row on Tuesday (January 14).

Craig Milverton has been called “the best pianist to come along in Britain in the last two decades and the nearest to the great Oscar Peterson” (Digby Fairweather) and “an extravagantly gifted pianist with an unrivalled sense of swing” (Dave Gelly, The Observer).

The late Humphrey Lyttelton hailed him as “a master of whatever he chooses to perform” and in 2010 he won the jazz piano category at the British Jazz Awards.

Craig’s latest project — a tribute to Oscar Peterson — sees him pay homage to one of his biggest influences.

Peterson, who died in 2007, made more than 200 recordings and won eight Grammy Awards in a career stretching over more than 60 years.

A spokesman for the Crooked Billet said: “Oscar Peterson is probably the greatest of all jazz pianists and this show highlights all his great recordings, from his biggest hit, Tenderly, to his bestselling album, Night Train. The show also focuses on his great compositions including The Canadiana Suite celebrating his homeland of Canada.

“Craig Milverton recorded his tribute to Oscar, Live at the Lights, in 2007 and has received top reviews in the jazz press and featured at some big festivals including Brecon, London and Swanage.

“He has performed at many top venues including Ronnie Scott’s, the Dean Street Pizza Express and the Concorde Club.

“This concert is a must for all Peterson fans and all those people who love jazz that swings. Appearing with Craig are two of the most talented musicians on the jazz scene, Charlie Stratford and Crooked Billet favourite Andy Crowdy, making up the classic Peterson piano, bass and precision trio.”

The Crooked Billet’s full regular menu will be available on the night and guests should arrive at 7pm for food and drink.