It must be love... Madness back at festival 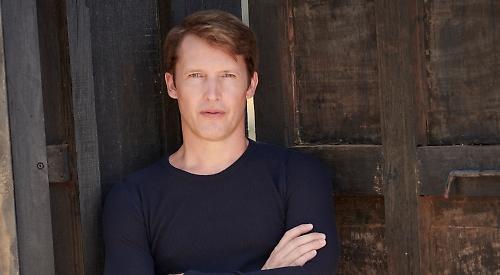 MADNESS are returning to the Henley Festival this year.

The “Nutty Boys”, who have had a string of hits since the Eighties, will perform on the “floating” stage on the opening night of the black-tie event, where they last appeared in 2013.

The other headliners during the five-day July festival will be pop singers James Blunt and Sophie Ellis-Bextor, Kathy Sledge of Sister Sledge appearing in Disco Classical, and the Royal Philharmonic Orchestra, presented by singer and musician Myleene Klass.

Ellis-Bextor’s set will be followed by Just Can’t Get Enough 80s presented by radio DJ Sara Cox while Disco Classical will feature a 36-piece orchestra, live band, singers and dancers.

Blunt is a former army officer who rose to fame in 2004 with his hit single You’re Beautiful.

His latest single Monsters, which is about him coming to terms with his father having chronic kidney disease, is climbing up the charts. The song is off his latest album, Once Upon A Mind.

Ellis-Bextor achieved worldwide fame with her debut album Read My Lips in 2001, which produced hit singles Murder On The Dancefloor and Take Me Home.

The programme was announced by the festival’s artistic director Stewart Collins at an official launch party for invited guests and the media at the River & Rowing Museum in Mill Meadows.

He said: “It’s never easy to book a festival but because we have a track record now we know all the key players in the industry.

“They all know the Henley Festival is a pretty special event. I’m very confident about this particular line-up, having seen them all. They are all about the music but they’re all great entertainers.

“While it’s not the biggest and we don’t give them the biggest pay day in their careers, we do guarantee them a very special evening. Most of them comment on how unusual it is.

“I think the thing to say about this one is it’s exactly the kind of mix that means that you can come on any one of the five nights and you will get a really different experience. You will also get a really high-quality experience, not just great music but fantastic communication and presentation from the acts because so much of the Henley experience is being in that intimate environment and the artists realising they’re in Henley.

“They go to festivals all round the country but because we are so much smaller and intimate we have a special relationship between the acts on the floating stage and the audience.

“It’s the acts that respond to that that really create the memorable evenings. I’m looking forward to the disco classical evening. I saw them last summer and it was probably one of the most joyous nights I’d had in a theatre in many years.”

Festival chief executive Nick Mattingley, who is in his first year in charge, said: “I think it’s a very strong line-up. Stewart Collins has done an amazing job. The programme is really diverse, really strong. There’s something for everyone and some really strong stuff in there. We’re excited about the classical night and it’s nice to have Madness back.”

He then made reference to the festival in 2012 when Madness frontman Suggs climbed on to the stage while Sting was performing.

The singer, who was merry, said: “I mean this most sincerely. When I was a kid I used to look at Sting and say, ‘one day, God damn it, given the chance’ and this is it right before you.”

Mr Mattingley said: “We’re half expecting Sting to storm the stage and get his own back on Suggs.”

He continued: “My daughter absolutely loves James Blunt and I’ve got a really good love for Madness and I listen to Sara Cox every night in the car.”

Mr Mattingley said he hoped that the Classical Salute with the Royal Philharmonic Orchestra, conducted by Stephen Bell, as well as ceremonial trumpeters, a corps of drummers and Highland bagpipers, would be popular.

He said: “The military link is quite key to it. There have been a lot of anniversaries and it’s within everyone’s consciousness.

“We do not pay enough homage to our armed services and blue light services. That’s what it’s all about — us saying thank you.”

Each night’s main stage performance will be followed by the traditional fireworks show.

The festival is once again raising money for two charities but these have yet to be confirmed.

Mr Mattingley said he was looking forward to his first festival in charge.

He said: “Obviously I’ve worked in festivals before. There’s a lot that has to fall into place. We are trying to appeal to people and get ahead of the zeitgeist. We want to be a bit ahead of the game.”

The Henley Festival will run from Wednesday to Sunday, July 8 to 12.

Tickets will go on sale to the public on Thursday, February 6.