Opera ’s greatest lover has to face the music 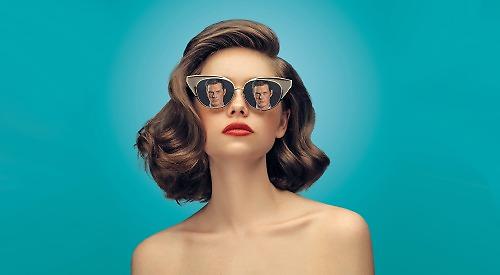 JUDGEMENT Day is coming for the world’s greatest lover, Don Giovanni, at the Kenton Theatre this weekend.

Following the success of The Marriage of Figaro in 2018 and La bohème in 2016, the Merry Opera Company is staging Mozart’s enduringly popular opera based on the legends of Don Juan.

Don Giovanni is playing at the New Street venue tomorrow (Saturday) at 7.45pm and on Sunday (February 2) at 3pm.

With an English translation by librettist Amanda Holden and music direction by Cannes
prize-winner Gabriel Chernick, this all-new production is billed as “a supernatural comedy-thriller occurring in breakneck real time”.

A spokesman for the Merry Opera Company said: “Beginning with murder and ending with a hellish sentence passed on the legendary seducer, this Don Giovanni depicts the epic downfall of a man who always knows what we need, always makes us happy, but eventually realises he is out of time. Polarising audiences for centuries, startlingly modern yet a dinosaur, can Don Giovanni still make us love him as he hurtles through his final hours?”

One man who certainly hopes he has the answer is international opera director John Ramster, who is helming this touring production.

So what can audiences look forward to in his take on one of Mozart’s most beloved works?

“An evening of high drama and comedy with a big supernatural twist,” says John. “Don Giovanni is a perfect opera, my favourite opera of all time — and a great way to introduce yourself to opera if you’ve never been before. A terrific story about the world’s greatest lover, with incredible music.

“Plus our cast is incredible — young singers of the first rank, poised on the brink of big international careers. I’ve taught young opera singers for decades at London’s best schools, and these singers we have cast for Don Giovanni are fantastic.

“Merry Opera finds these singers, gives them great performance opportunities and experiences, and we gladly say arrivederci to them as they fly away into the international industry.”

As the director of a touring production, is it a challenge to be performing in different spaces — and acoustics — all the time?

“It’s fun, I think, and a great experience for the younger singers in the cast — they will learn so much. Giving talented young singers — stars of the future — a start in the business is a big part of Merry Opera’s remit. The set is designed to be able to take a breath in and out as necessary.”

Does he work with the cast on their characters’ backstories in the same way that the director of a play would?

“Indeed, yes, it’s the same process from that point of view — but I also like to investigate their fantasies, what they feel is missing from their life, their regrets, their secret desires, not just if they were rich or poor, or an only child or one of many. The only one I don’t want to do that with is Giovanni himself — he is a great unknowable entity, an elemental force of nature, a catalyst who changes other people. He needs to retain some mystery, even from himself.”

Unusually for an opera director, John started out in theatre.

“I fell into opera by accident many moons ago when I was offered a job assistant-directing on The Magic Flute in Belfast. I got offered more work in opera after that and then I was hooked — sometimes your profession chooses you!”

During his time in both opera and theatre, John has worked with some of the biggest names in the business.

“My directorial inspirations are the great storytellers, many of whom I assisted back in the day — Sir Trevor Nunn and Sir Peter Hall. I love telling stories clearly — and that can be surprisingly hard to do. Of a newer vintage, Barrie Kosky, an Australian opera director, is probably the best of us right now.

“But the biggest influence of all was and is my mentor, the late, great director Clare Venables, who gave me my first break. ‘What would Clare do?’ I find myself thinking most days in rehearsal — and her dramatic instincts never fail me. Nobody could subtext a scene like Clare.”

Is there an opera that is still on his wishlist to do?

“Oddly, La bohème by Puccini — one of the most famous operas of all. I’ve never done it, although I know every bar of it! Like Don Giovanni, it’s about those two huge themes of opera — love and death — the big themes that dictate how we live our lives.”

Speaking of living life, how does John like to spend his time when he has a day away from music? “I’m so good at doing very little!” he laughs. “I’ve got a couple of books I need to finish — one about acting for opera singers, one is a murder-mystery set in Handel’s London — but that’s hard to do with only odd days off. I’m very happy watching a movie at the cinema by myself on a day off — letting someone tell me a story. Greta Gerwig’s Little Women recently is sublime work that has to be seen.”

Returning to music, what does he like to listen to while driving?

“I don’t drive — my big contribution to the environment — but I love to listen to early baroque music like Monteverdi, Cavalli, and Handel too, as well as current singers and songwriters as well as really cheesy, catchy, disposable pop that can pinpoint a particular year or month for ever after in your brain. Madonna’s Ray of Light album will always mean for me learning Italian in Florence back in 1999. Prince’s Alphabet Street is touring Europe as a student with one of the first shows I directed 10 years before that. I’m enjoying getting to know Tom Baxter’s back catalogue of songs at the moment and I love the countenor voice — men singing in the octave where sopranos sing — I listen to lots of their CDs.”

Lastly, if he could work with any opera singer, living or dead, who would it be?

“I love working with and teaching young singers — give me the cream of the crop of the next generation and I’m happy. I was just on the audition panels for the Guildhall School in London and some of the 17-year-olds — born in 2002! — were amazing, having no business being as good as they were. The future of opera is very safe in their hands and I’d like to be a part of their early training with them. And the best teacher for young opera singers is Mozart — all human life, in all its strange ambiguity is contained in that perfect music, every human emotion refracted through the sheer beauty of Mozart’s genius.”

• Tickets for Don Giovanni are £22 for adults and £13 for children. The show, which has a running time of 140 minutes, including a 20-minute interval, is recommended for ages 12 and up. For more information and to book, call the Kenton box office on (01491) 575698 or visit www.kentontheatre.co.uk