Award-winners are celebrating 15 years on the road 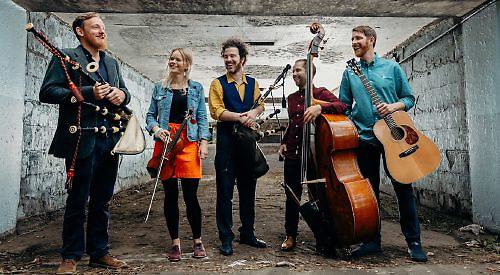 A BAND who previously won live act of the year at the Scottish Trad Music Awards are celebrating their 15th anniversary year with a concert at Nettlebed village club on Monday night (February 10).

Nettlebed folk nights organiser Mike Sanderson said: “This multi-award-winning band are dynamic and fun. Breabach have a distinct sound with songs, tunes and step dance accompanied by double bagpipes, bass, flute, fiddle and guitar. With six albums under their belt and a consistently full touring schedule, quite literally across the world, they look perfectly set to continue to build on their success.”