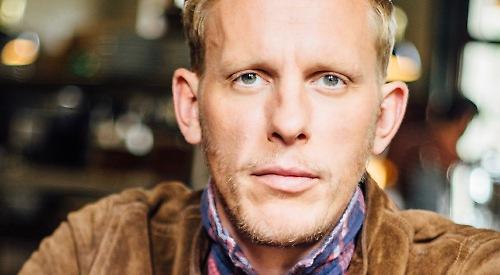 AN actor and musician who sparked a social media storm when he took a stand against “woke” thinking on Question Time last month is taking his new album on tour, writes Matthew Wilson.

His Hollywood credits include Elizabeth alongside Cate Blanchett and Clive Owen, Becoming Jane alongside Anne Hathaway, , and The Professor and The Madman alongside Mel Gibson and Sean Penn.

On Wednesday, February 26, he will be in concert at The Bullingdon cocktail bar in Cowley Road, Oxford.

A spokesman for Fox said: “Laurence is also a critically acclaimed musician who has just released a new album titled A Grief Observed.

“The lyrics and songs reflect Laurence’s personal experiences and thoughts over the past few years. The album is also more politically charged than his previous album, Holding Patterns.

“One of the songs on the album, which goes by the name The Distance, was written as a form of backlash towards the rise of political correctness in the UK, and what Laurence perceives to be a decrease in freedom of expression.

“Laurence says of the song: ‘This is about the desire to stifle expression. To salute only the present orthodoxy. The dangers of throwing away old wisdoms in order not to offend the perpetually offended. It’s my attempt at an anthem in praise of free expression and how it takes people listening together to make a difference in life.’”

The concert on February 26 is recommended for ages 14 and up. For more information and to book, visit www.laurencefox.co.uk