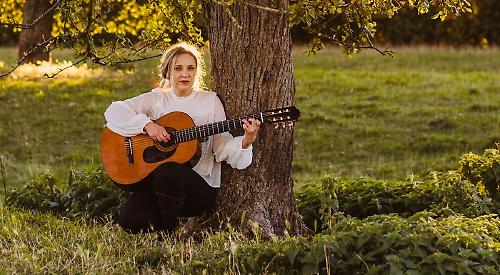 ONE of the four “Ladies of Nettlebed” who joined forces for a one-off concert at the village club back in November is returning to the High Street venue on Monday (March 16).

This time around, singer-songwriter Rowan Godel will be launching her new album, Where the Wild Horses Roam.

She will be joined by multi-instrumentalists Benji Kirkpatrick from (Steeleye Span, Faustus, Bellowhead) on guitar, bouzouki, banjo and vocals and Tim Cotterell (John Jones and the Reluctant Ramblers) on fiddle and mandola.

Folk nights organiser Mike Sanderson said: “Rowan brings us her own unique music along with some traditional songs and two of the finest musicians on the UK folk scene today. Not to be missed.”

Rowan spent her early years absorbing her rich musical background. Her father was a choirmaster and a talented classical organist and her mother was a classical singer who also enjoyed folk music and sang in folk clubs.

She developed a love of singing and vocal harmony from an early age and went on to study a music and performing arts degree in Brighton, where she met composer and choreographer Billy Cowie.

As Rowan’s music tutor at the time, Billy recognised her keen musicality and skill as a singer and invited her to work with him on music for his critically acclaimed contemporary dance show Bird in a Ribcage, which toured worldwide.