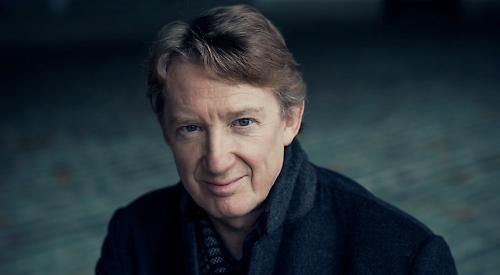 GARSINGTON Opera will be giving four semi-staged performances of Beethoven’s Fidelio at Wormsley.

It will be staged at the estate’s opera pavilion on September 12, 14, 18 and 20 to celebrate Beethoven’s 250th anniversary.

Performances will be conducted by Douglas Boyd with members of the Philharmonia Orchestra, with a cast including Toby Spence as Florestan and Katherine Broderick as Leonore.

Boyd said: “A few years ago, after witnessing Peter Mumford’s wonderful film and projections for Opera North’s Ring Cycle performances, I commissioned him to repeat the concept for a concert performance of Fidelio with the Garsington cast and L’Orchestre de chambre de Paris at the Philharmonie in Paris.

“We are going to bring this beautiful semi-staged concert to the Garsington stage with members of the Philharmonia Orchestra in a specially arranged, reduced orchestration.

“The worldwide plans to celebrate the 250th anniversary Beethoven season were, of course, decimated because of covid-19 but I’m thrilled that we can still bring his opera to life in 2020. The themes of oppression and isolation but also of hope and, above all, the power of love make it the perfect opera for our times.

“This project is so important to us all — artists and audiences alike — to share the power of music together again.”

She said: ‘We have been so heartened by the wonderful support we have received from the Garsington family this year. For the many people involved over the last few years preparing the 2020 festival, cancellation was a bitter blow but it has been made bearable by the thoughtful messages and incredible generosity we have been shown.

“We are thrilled that we are able to bring four semi-staged performances of Fidelio to Wormsley in September. It will be an important artistic endeavour and a gesture of gratitude to all our loyal audience members.”

More information, including a full cast list, will be available soon at www.garsingtonopera.org