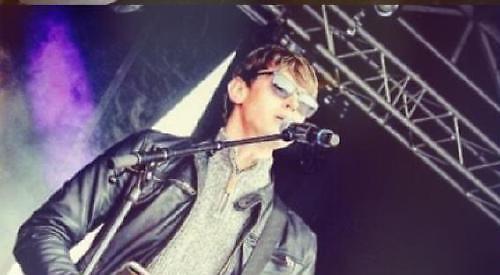 A HENLEY bar that once staged a gig by the young Ed Sheeran is returning to its roots as a live music venue.

Magoos in Hart Street will be hosting musicians from Thursday to Sunday each week. Opening hours are 6pm to 10pm and the first concert took place last night (Thursday).

All the acts appearing are represented by Henley agency Eight Ray Music. Magoos owner Laurence Gordon Wilson said: “It was 16 years ago when Magoos opened with live music twice a week. It ran for over 10 years.

“These guys are having a tough time right now and we need to pull together somehow. The very least we can do is give the musicians a stage.

“We’re also going to have busking pots dotted around so that customers can show their appreciation.”

He added: “I’m delighted to be working with Jayson Jaurigue at Eight Ray Music, who also played at Magoos for over 10 years.”

Mr Jaurigue said: “We are super excited to be joining forces with Magoos, who have been a huge part of supporting live music and local young talent in Henley.

“Our musicians have been struggling for months during this pandemic. We feel that giving them a stage to perform live so they can do what they love during such a difficult time will really help with their mental health.

“Please come and support the live music and hospitality industries by joining us at Magoos, Thursdays to Sundays.”

Mr Gordon Wilson added: “We have to close at 10pm, so we’ll be starting early with a different gig every night from 6pm. We’ll also have 3-for-2 deals on pizza or cocktails, so it’s set to be a cracking night out and a perfect way to bring everyone safely together.”