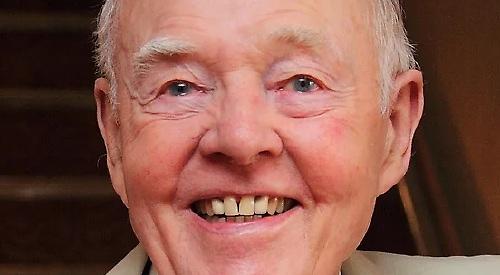 LIVE entertainment will return to the Mill at Sonning at the end of this month after the popular dinner theatre venue announced an all-new winter season of shows.

In keeping with the sentiments of Irving Berlin’s classic song Let’s Face the Music and Dance, there will be “moonlight and music and love and romance” for audiences to look forward to — even if they have to do so in reduced numbers at first.

The Mill’s managing and artistic director Sally Hughes confirmed that until March next year, all shows in the venue’s 215-seat auditorium will play to a socially distanced audience of 70.

Sally says: “The shows will be comedy, magic, ghost stories, glamorous cabarets, an evening with Debbie McGee, an evening with Lucy Fleming and Simon Williams — and so many more. I am even dusting off my Calamity Jane outfit and doing a concert version of the story of Doris Day.”

Having seen months of theatre programming fall by the wayside, Sally said she was determined the show must go on.

“Looking to the future, I have decided to take the plays from the 2020 season and put them into 2021,” she said. “It starts with Relatively Speaking in March, followed by Busman’s Honeymoon, Two into One, and then in October the long-awaited Top Hat. The House on Cold Hill will move to 2022.

“The concerts have all moved into next year as well. For the first half of 2021 the bands will perform a matinée and evening show, as we may still be socially distancing with a smaller audience.”

Having overseen the re-opening of the Mill as a restaurant at the end of July, Sally confirmed that theatregoers would enjoy the same level of service on show nights.

“No buffet,” she said. “That is no longer allowed. In its place a really delicious à la carte meal — and yes, steak pie and bread and butter pudding.

“All of the performers that have graced the Mill’s stage are so eager to come back and entertain you. All of the staff are looking forward to welcoming you through our doors.”

The Mill is due to re-open as a theatre on Friday, October 30, for a performance of Some Enchanted Evening, a celebration of the music of Rodgers and Hammerstein starring West End regulars Adam Linstead, Nadim Naaman, Wendy Ferguson and Soophia Foroughi.

On Saturday, October 31, father and son duo Simon and Tam Williams will be taking a look at their shared love of theatre with matinée and evening performances of their show Just Williams.

“So I thought of the Williams’s — Simon and Tam, who will be talking about their love of theatre in Just Williams, and also Simon and his wife Lucy Fleming, who will be performing Posting Letters to the Moon. They will work well as they are all from the same family.

“The Frank and Dean Show in November is a Rat Pack performance but it has been brought down to four people.

“We have also been able to get some performers to come who would have otherwise been performing in major productions in major venues if it wasn’t for the pandemic.”

Other highlights of the season include An Evening with the Phantom on Friday, November 13, starring West End actor and singer Mike Sterling, who lives in Shiplake.

Mike, whose roles included the Phantom in The Phantom of the Opera and Jean Valjean in Les Misérables, will be joined by special guest Jayne O’Mahony. Sally is particularly looking forward to Dear Lupin...Letters to a Wayward Son, on November 14.

This is from the best-selling book by Roger and Charlie Mortimer. Roger was a racing correspondent and wrote letters over some years to his son Charlie. They will be read by actors Michael Cochrane, who is Oliver in The Archers, and Robert Portal, who appeared in the Iron Lady and Goodnight Christopher Robin.

Sally says: “I have seen this before and it is absolutely hilarious and you will be able to understand a bit of what everyone is going through at the moment with the pandemic.”

Fans of Cliff Richard are in for a treat on Friday, November 27, when the Mill hosts an evening concert by Simon Goodall, whom Sir Cliff himself has hailed as “the best Cliff Richard soundalike in the business”.

She had been due to take to the Mill’s stage earlier this year in The House on Cold Hill but Debbie McGee will now be sharing an evening of stories and laughter from her 45 years in showbusiness on Friday, December 11.

Sally said: “Debbie found out that we looking to re-open the theatre and that she had put together a new show and so she has offered to perform without charging us a fee, which is just amazing.”

Sally, who will be staging her Doris Day show A Sentimental Journey over four days in February, said: “This will be more of a concert version of the story and I’m currently in training.

“I’m really looking forward to it and will be a relief from looking at cashflows and spreadsheets.”

A raft of safety measures have been introduced for the winter season, starting with staggered arrival times. There will be hand sanitisers throughout the building, a one-way system and extra stewards on duty. Masks and visors will have to be worn during the show.

Sally said: “The auditorium is being made to look like a cabaret space with little tables that will separate seats and little lamps on the tables.

“It will create a really cosy atmosphere so that you don’t feel like you are sitting in a two-thirds empty auditorium. The whole evening will be carefully socially distanced. Hopefully you will feel safe but have fun at the same time.”