Unused tents put to good use during virus pandemic 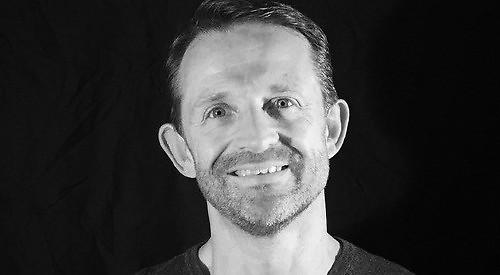 A VIDEO producer from Gallowstree Common has created a safe space for musicians to perform during the coronavirus pandemic.

Max Tilney has joined forces with Charles Carr, the owner of Bedouin Tents, to provide a large, ventilated area inside a tent for artists to use.

Mr Carr normally supplies tents for events such as the Henley Festival and the Glastonbury Festival but these have been cancelled due to covid-19.

Mr Tilney, who has lived in Gallowstree Common for 14 years, decided the tents could still be put to good use after seeing one being used for catering at the Baskerville Arms pub in Shiplake.

He explained: “The pub had set up an amazing tent to serve food and drink in and I just thought it looked great.

“I am friends with the manager of the pub and he introduced me to Charles, who said he wanted to use it for live music.

“I wanted to create a space for music, for artists to be able to safely perform, as my background is in musical video production and the conversation started there.”

The pair started a new section of Mr Carr’s business called Bedouin Lounge Sessions, using one of the large tents at Woodhill Farm in Wantage, where artists come to perform and have their performance professionally recorded for streaming online.

He said this enabled musicians to perform safely and for fans to see and hear them as they can’t physically go to a concert.

Mr Tilney said: “It’s a performance space where they come and perform and we record it with live multi-camera recording equipment and then make it available to them and online for their fans if they wish.”

“With the way things are going, this is an outlet for artists to perform safely. It’s in a field, it’s a safe space and it’s ventilated, plus there is professional content that comes from it.”

The tents are custom-made using materials from Morocco and India, where they were first produced 30 years ago. Each one is fully furnished with a reception space, interview lounge, stage, production area, dining area and bar.

The Dunwells, a pop/rock band from Leeds, and Nina Jade, a musician from Oxfordshire, have already used the tent to perform and Mr Tilney hopes to attract more artists fron the Henley area.

He said: “We are in conversation with people who represent bands in Henley to hopefully get them here practising.

“We’ve had some great feedback in terms of the feel of the tent and being able to perform on a stage that’s inside but also in the fresh air as the side panels are open.

“There’s no traffic and it’s nice and open. One performer said it was inspirational.”

The artists who have performed so far were charged for their first few sessions in the tent but Mr Tilney hopes to secure sponsorship.

He has worked in video production since he graduated from Canterbury University with a degree in radio, film and television production. He went on to work with the National Lottery at Pinewood Studios in Iver and helped to set up a new shopping channel.

He then freelanced for a few years and did some musical video production for ITV’s The Record Of The Year, which stopped in 2013.

Mr Tilney then spent six years as a multi-camera director for MTV and worked with artists including Coldplay, Sia, Blondie, Muse and Stereophonics.

He now owns his own video production company called TaleFin.

Mr Tilney, who is married with two children, said: “I use a range of freelance crew from the Henley area and we operate a range of services for business clients.

“During the pandemic we’ve helped with things like virtual conferences. We’ve also been working with schools like the Oratory to do virtual open days.”

In his spare time, Mr Tilney is head coach for the under-12s side team at Henley Rugby Club, where he sometimes spends his time doing video production work.

He hopes the music tent business can carry on once the covid-19 restrictions have been lifted.

He said: “When covid has passed, the only move will be for hybrid events, so if people can’t go and watch their favourite band then they can pay a small fee to watch it live online. That will be the new normal.

“For now, we’ll be doing a Christmas special where we will have a variety of different artists and some acts from MTV who are happy to take part.”