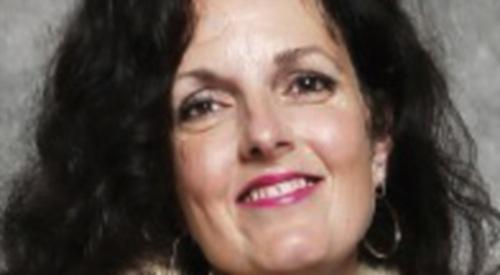 THE acting chief executive of the Henley Festival has been given the job full-time.

Jo Bausor, who was the festival’s head of marketing for nine years, was given the job on an interim basis in October after her predecessor Nick Mattingley resigned.

She welcomed her permanent promotion, saying: “I feel very honoured that the baton of looking after the festival has been passed on to me.

“I’ve worked here for nine years and have seen the ins and outs and twists and turns of the organisation so I hope I’ve got a lot of experience of the event.

“I also hope that with our supporters, sponsors and patrons, the event will continue to thrive, not just survive.”

Mrs Bausor said one of her priorities was ensuring the festival was financially secure following the coronavirus pandemic.

Last year’s festival was cancelled but all the headline artists who were due to appear agreed to perform at this year’s festival, which is due to be held from Wednesday to Sunday, July 7 to 11.

Mrs Bausor said: “I’m planning for what’s happening this year and trying to fundraise and build our reserves back up so we’re in a position to move forward and grow and not just limp through.”

Her other aims include realising the festival’s charitable aims as well as supporting emerging talent, including giving children and young people the chance to perform.

She said: “It’s an arts and cultural event for the community but our aim is to help others.”

Mrs Bausor, who lives with her husband Daniel and two children in Bix, said overseeing the festival’s 40th anniversary in 2022 would be a privilege.

“We have got a foothold in the cultural and festival calendar and to be heading up the organisation is a real honour,” she added.

Stephen Carter, chairman of the festival’s board of trustees, said Mrs Bausor’s knowledge of the festival, patrons, friends and the community would be invaluable as it brought the festival “back to life”.

He added: “We would like to take this opportunity to put on record our thanks to our generous and supportive patrons, sponsors and the faithful friends of the festival and the many, many guests who continue to register and buy tickets as a statement of support.”

The festival had said that Mr Mattingley’s departure after just over a year in the job was due to the postponement of last year’s event as a result of the pandemic.

Mr Mattingley said that “sacrifices” had to be made to secure the festival’s future.