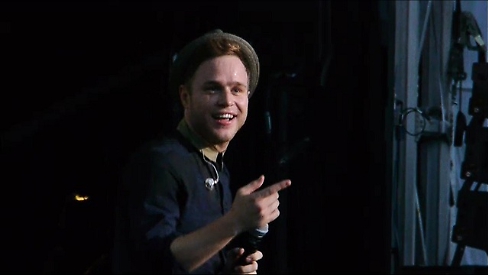 OLLY MURS and Rick Astley will be performing solo shows at the Newbury Racecourse later this year.

Murs’ show on August 14 is part of a 25-date UK tour in support of his triple platinum album Never Been Better.

He is no stranger to the racecourse, having performed at Party in the Paddock Stage on two previous occasions.

He first performed at the racecourse as part of the 2010 X Factor Party In The Paddock event before returning as a solo artist in 2017 to perform in front of a sell-out crowd.

Eighties icon Astley will be visiting the racecourse for the first time on September 21.

The Never Gonna Give You Up singer will headline the Party In The Paddock stage on September 21 at the Dubai Duty Free International Weekend.

Astley has topped charts the world over and had eight consecutive UK Top 10 hits and 40 million sales.

After stepping aside to focus on his family, he shot back to number one almost 30 years later with his platinum-selling album 50.

He has also released his career-spanning compilation The Best of Me, which included a set of reimagined interpretations of his songs.

In 2019 Astley completed a 38-date stadium tour as special guest of Take That, during which he played to more than 500,000 people.