Singer-songwriter wants to go one better than ‘finalist’ 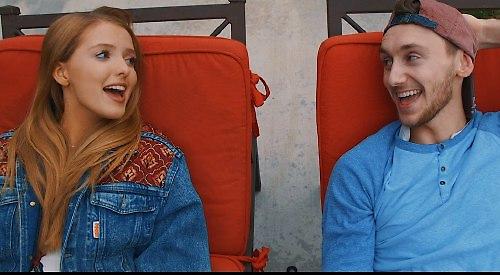 A YOUNG musician is aiming high after reaching the final of the UK Songwriting Contest.

Phil Finn, who uses the stage name P.S. Finn, did not win the 2020 competition, the results of which have just been announced.

But with 19,000 Facebook followers and thousands of YouTube views and Spotify streams to his name, the 24-year-old is looking forward to trying again this year.

Phil says: “I released my debut album Happy I Walk in August and the song I entered wasn’t from that. So I’ve got quite a collection of songs I can choose from to find one that will hopefully do well.

“I’m currently recording loads of new songs and there are at least four that I’m super proud of and can’t wait to share.”

Like his album, the song he entered for the contest, This Old Stairway, is available on Apple Music and Spotify, while the music video can be viewed on YouTube.

Moving from the particular to the universal, the song charts the narrator’s personal journey before ending on an optimistic flourish with the lines: “The future is yours to create / And life can be yours for the taking.”

Phil says: “It’s one of my favourites and still has a fresh meaning for me. I lived in America for four years and really enjoyed it. Then I moved back to England and the song was about going back to America and being scared that I’d changed a lot.

“Because I’ve been around quite a few places, it’s the idea of meeting people and letting them become a part of your life and being a part of theirs.

“Some of those people you hang on to and some you just kind of take a lesson from. And that’s a fleeting moment, but everybody contributes to each other.”

What took Phil to the States was his other career as a women’s competitive gymnastics coach.

He now works at Kennylands Gymnastics in Sonning Common, having started out as a coach while still a pupil at the Piggott School in Wargrave. “My dad was a gymnastics coach, so I was just brought up in that world,” says Phil. “When I was a kid, I was always at the gym with my dad, so I was just always around gyms growing up. And then eventually, I must have been 12 or 13, somebody said to me ‘Do you want to try coaching?’ and I’ve done it since then. I’ve always loved it.”

After gaining his professional coaching qualifications with both British Gymnastics and USA Gymnastics, Phil went on to study at Indiana University Northwest in Gary, Indiana, having previously worked at a gymnastics club in neighbouring Mishawaka.

But music remains his defining passion — one that dates back to his primary school days.

“My parents bought me a guitar when I was six,” says Phil. “I did lessons for maybe two years, so I learned the basics of how to play different notes and stuff like that. And then after that I’ve just been self-taught.”

It helps that most of his family are musical too.

“My dad’s a singer and my brother’s a drummer,” he says. “All of us, really, we’re all into music. And my dad’s family, lots of them are musicians as well. So my brother and I were just brought up around music.”

In 2017, having only started releasing his music online the year before, Phil won a competition called Hollywood Immersive where the prize was an all-expenses-paid trip to Los Angeles and the chance to perform in front of music industry producers and executives.

“It was a fantastic experience,” he says. “They flew me out to LA to stay in this really fancy house for a week. On the music programme there were seven or eight of us in the house from all over the world who had won.

“Every day we met with two or three Hollywood executives and networked with them. We recorded a music video there and throughout the week we were planning a live show to perform one of our own songs to all these people that we’d schmoozed with for the week.”

Following his success in the competition, Phil decided to focus more on writing and recording his own music while building his online following.

“I used to play live quite a bit,” he says. “Then I decided I wanted to stop playing live while I was recording, so that when I did play live I was playing my songs and I had something to sell. So I stopped playing live about three years ago.

“Then the aim was to release the album and then go and tour it. But obviously I’ve released it in a lockdown, so that’s not really too much of an option at the moment.”

Undaunted, Phil plans to focus on writing, producing and recording his next album for release in 2022, after which he hopes it will be possible to start playing live again.

“For now I am much more focused on the online presence than live shows,” he says. “But I appreciate that live shows will help build that, so I can see myself doing a small UK tour to help gain some traction when it’s possible again.”

Having grown up in Charvil, Phil hopes to move himself and his home studio to Nuffield.

A multi-instrumentalist, his music is mixed and mastered by his friend and business partner, Roye Robley.

Phil also collaborates with other musicians online when he needs a particular part played better than he thinks he can play it himself.

“I always play guitar and I always sing and obviously write it, but with everything else I’ll go with whatever is best for the song. Sometimes it’s me and sometimes it needs someone else,” he laughs.

“I like to steal from lots of different genres, but I always start as a singer-songwriter folky song, then I put whatever influence I want in. There’s always a unique instrument in there or something like that. A unique feel.

“I don’t know how other people see it, but for me I always think it’s a folk song at heart that’s then been built up and produced into a folk-pop song.”