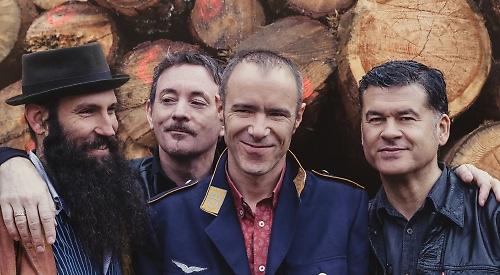 THE first live folk concerts of the year at Nettlebed village club have been announced.

Jon Boden will perform on Monday, June 21, followed a week later by Show of Hands on June 28.

There will be a summer break before live folk nights resume on Monday, September 20, when the John McCusker Band plays its 30th anniversary concert.

Meanwhile, the folk club is continuing its series of live-streamed concerts, with Track Dogs due to perform on Monday, April 26.

Featuring two Irishmen, an Englishman and an American, the band came together in their adopted city of Madrid to create a fusion of folk, Americana and Latin music.

One fan of the band is Nettlebed regular Steve Knightley of folk legends Show of Hands.

He said: “These guys are an intoxicating mixture of Irish-American roots, multi-instrumental virtuosity and four-part harmonies with Latin rhythms.”

The show starts at 7.30pm and will consist of two sets followed by a Zoom meet and greet.

Tickets cost £15 and £20, including a booking fee. For more information, visit www.nettlebedfolkclub.co.uk