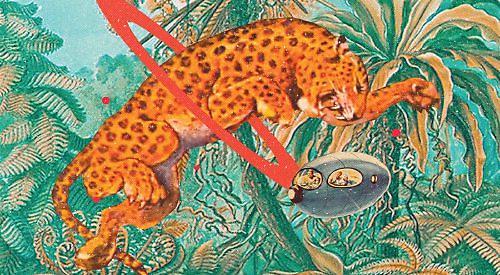 IT’S a rite of passage for any up-and-coming band.

Appearing on Later… with Jools Holland for the first time is a landmark moment in any musician’s career — and last Friday night Henley’s Joe Henwood was that musician.

A saxophone player with the nine-strong Leeds-London collective Nubiyan Twist, Joe’s appearance coincided with the release of the group’s new album, Freedom Fables.

Unfortunately, because of the ongoing covid pandemic, he and his bandmates didn’t get to hobnob with Holland and the other acts appearing on the show.

A format change introduced last year means the presenter now introduces his guests via videolink from his home studio in Kent.

None of which stopped Joe enjoying the experience.

“They picked a venue for us to play in,” he says. “Quite an exciting venue called Church of Sound in Hackney, which has over the past 10 years hosted a lot of bands from the London jazz scene.

“They supplied the film crew and then this amazing producer who we know produced it all — and yeah, it was great.

“In a lot of ways we were obviously gutted not to get to go into the studio and meet all the other bands and stars. But actually it was great fun. A couple of weeks ago we had a whole day to ourselves in this amazing church, recording our song.”

The song in question was If I Know, the sixth track on the new album, which is the group’s third full-length release.

“It’s one of our singles that did really well, featuring an artist called K.O.G,” says Joe. “It’s like a very high energy Afrobeat tune. There’s a six-minute album version but we did a kind of shortened single version for Jools.”

The BBC has been good to Joe, whose sister Megan is an acclaimed folk musician who regularly performs at Nettlebed village club.

Back in 2009 the pair won the BBC Radio 2 Young Folk Award after their mum Lucie encouraged them to enter the competition for under-21s. Megan was 20 at the time, Joe just 15, and their win acted as a springboard for their budding musical careers.

Joe went on to study for a BTEC at Leeds College of Music, where he met Nubiya Brandon, the original lead singer of Nubiyan Twist, and Tom Excell, who later became the band’s musical director.

“We made music together and actually performed as a DJ trio because Tom’s a really good DJ as well,” recalls Joe. “So he would DJ, I would play sax over the top and manipulate the sound of my sax with all these effects and stuff, and Nubiya would sing and rap.”

Ten years on, Nubiyan Twist are leading lights of the UK and European festival circuits whose eclectic fusion of soul, jazz and global styles reflects their belief that music is the ultimate narrative for unity.

Fresh from their appearance on Later... with Jools Holland, which is available to view on BBC iPlayer, the band have recorded an hour-long streaming session for a free digital festival called We Out Here on Saturday, April 3.

Their next live date is a socially distanced concert at the Islington Assembly Hall on May 27.

But this autumn Nubiyan Twist are embarking on a 46-date UK and European tour that will take them to the Bullingdon in Oxford on Thursday, September 16.

“I think it’s the second gig of the tour, so we’ll be very fresh — lots of energy at that point,” says Joe. “We’ve also got a handful of summer festivals in the diary, which we’re obviously not getting too excited about. We’ll see whether they happen.

“It feels crazy right now after not really playing with each other for a year. You know, we feel like we need a lot of rehearsal. But once things do get rolling again we’ll be off and running.”

Tickets for the band’s Oxford concert cost £15. For more information and to book, visit www.nubiyantwist.co.uk/listings