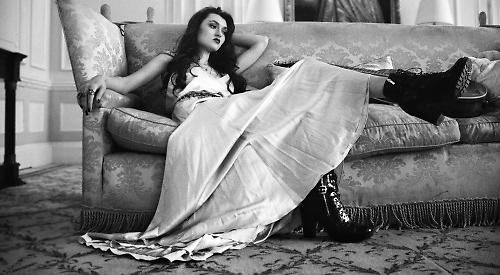 A BAND fronted by a young singer-songwriter from Henley are preparing to relaunch themselves with a new single for the post-lockdown era.

Ophelia Ray, who are named after their frontwoman, are set to release Medicine Man tomorrow on all streaming platforms.

Previously a trio, the group formed in February 2019 and went on to release a six-track debut EP and make their debut appearance at the Henley Festival under the BBC Introducing banner.

Their sound has been compared to that of Fleetwood Mac, Siouxsie and the Banshees and Florence and the Machine.

During lockdown the band focused on writing and recording new material, for which they were joined by drummer Ben Velasco.

Ben said of the sessions for the new single: “It was a pretty strange experience recording my drum part remotely due to lockdown.

“I hadn’t actually met Ophelia or the guys while we were working on the track, but ultimately it has been so rewarding and I’m proud of what we’ve created in such unprecedented circumstances.”

Ophelia said: “I wrote the lyrics to Medicine Man during a time of real introspection in the midst of lockdown. I realise there’s a total surplus of songs out there about unrequited love but I wanted to approach the emotion from a different angle — focusing on empowerment rather than self-pity.”

Having transitioned from sultry indie ballads to rousing rock territory, Ophelia Ray are now working on their debut album and looking forward to playing live again.