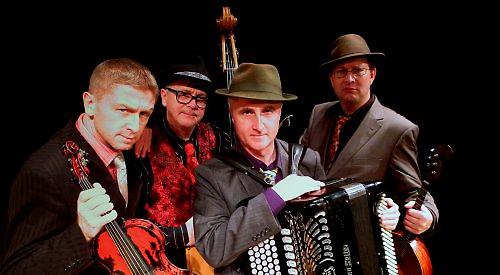 A BAND who specialise in traditional folk and gypsy-flavoured music from across the Balkans and Russia are playing the Kenton Theatre next month.

The four-man Budapest Café Orchestra were founded in 2009 by British composer and violinist Christian Garrick.

Led by him, they play Klezmer laments, Romanian doinas, Hungarian czadas and their own unique reimaginings of the classical greats.

Adrian Zolotuhin is a master of the strummed strings of domra, balalaika, guitar and saz, while the orchestra’s veteran bassist Kelly Cantlon originally found fame as a member of northern soul outfit Jimmy James and the Vagabonds.

The concert is on Sunday, October 10 at 7.30pm. Tickets cost £23. For more information and to book, visit www.kentontheatre.co.uk