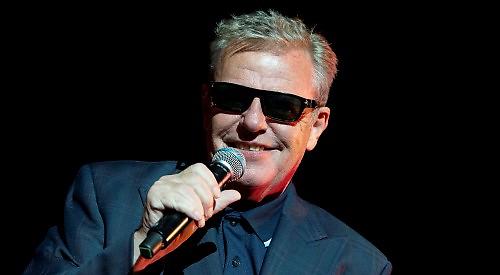 THE evening was balmy, the queue long, beautifully turned out and full of anticipation. Henley Festival was back!

The excitement in the air was palpable as we all lined up to flash our covid QR codes and slip on the elegant wristbands, which every woman hopes will blend in with the colour scheme of her dress.

We had bought our tickets some 18 months earlier and at last the moment had arrived.

We were here of course to see Madness, that very British pop institution that kicked off this postponed, very Henley institution.

Originally from Camden, Madness formed in 1976, but rose to fame in the Eighties. They incorporated many genres in their music — from ska, reggae, two-tone and ska punk through to new wave, jazz, rock and synthpop. Maybe this is why their popularity has endured a generation into the 21st century.

The energy delivered by a very merry Suggs (aka Graham McPherson) along with Chris Foreman, Mike Barson, Lee Thompson, Dan “Woody” Woodgate and Mark “Bedders” Bedford was as boundless as ever as they pumped out Cardiac Arrest, Grey Day, Yesterday’s Men and a stonking Shut Up.

We all loved bouncing up and down to Driving in My Car, a cheery homage to British motoring’s days of empty roads and old bangers, and we seemed to leap as one into the air.

Saxophonist Lee Thompson gave an emotional intro to One Better Day, which had the crowd enraptured when he confessed that it always made him cry.

I met up with a couple of avid Madness fans, Jayne and Robin Clarke, who were still buzzing the next day, extolling their love of the band.

For them, the standout numbers were Embarrassment and One Better Day. But for me the old favourites that always manage to pull me out of any sort of gloom are Baggy Trousers and House of Fun.

The long-awaited opening night of the postponed 2020 festival may have been sparkling with overpriced prosecco as usual, but we didn’t really care. It was back, that was what counted.