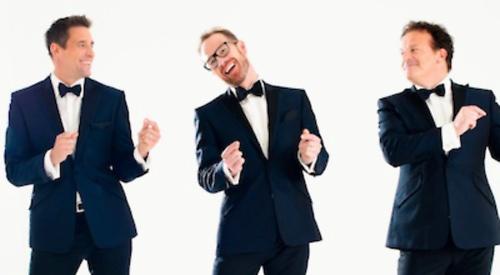 THREE tenors who are known as “the Rat Pack of opera” will appear at the Kenton Theatre next Friday (October 1).

Scott Ciscon, Paul Martin and Jem Sharples have been performing together for 18 years as Tenors Unlimited, during which time they have become the world’s best-selling classical vocal trio.

Their story began in 2003 when Scott and Jem met at an audition and decided to join forces.

Together with Paul, they crafted their own take on the popular classical genre.

The group have recently returned from America, where they won the Broadway World website’s best touring show award.

Their show takes the audience on a journey through some of the best-loved songs of the last century, including numbers made famous by Luciano Pavarotti, Mario Lanza, Michael Bublé and Freddie Mercury.