Music and comedy from Fairport star 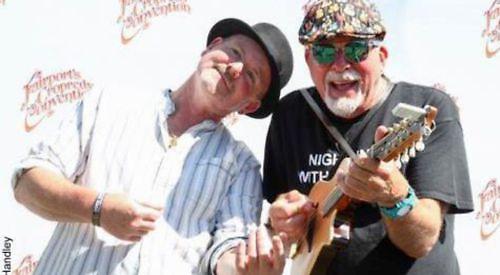 MUSIC and laughter will be on the menu at the Crooked Billet in Stoke Row courtesy of Fairport Convention bass player Dave Pegg and comedian and musician Anthony John Clarke.

The pair are playing the Newlands Lane pub on Wednesday evening (November 24).

Chef patron Paul Clerehugh said: “Peggy and AJ have honoured us with their hugely engaging, funny and musical evening previously.

“AJ is a top Irish stand-up and musician who storms it every night he gets on stage. After 25 years of touring and having been discovered by audiences all over the world, he has a legion of followers.

“For his part, Peggy is regarded as one of the most entertaining and amusing raconteurs and songwriters on the folk rock scene.

“A multi-instrumentalist, he joined Fairport in 1969 and has remained the group’s sole consistent member ever since.”