‘Spice up your life’ at Mayor’s festive bash 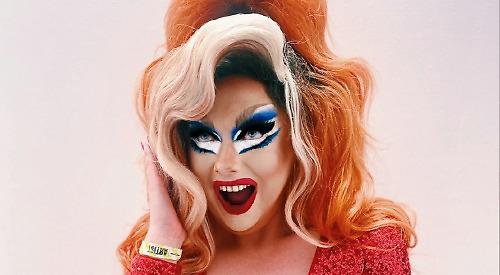 THE Mayor of Henley is inviting people to spice up their lives by attending a Christmas knees-up at the town hall.

Councillor Sarah Miller is organising the bash, titled Drag Yourself Out, in aid of her mayoral charities and other good causes.

The event on Friday, December 3 will be hosted by East London-based drag queen Just May.

A rising star of the queer performance scene, Just May uses popular culture, lowbrow looks and a wickedly sharp sense of humour to take audiences on a trash-infused pop journey.

Taking much of her inspiration from the Spice Girls, she describes herself as “the world’s premier Geri Halliwell impersonator” and regularly performs in the guise of Ginger Spice.

Running from 7.30pm to 11.30pm, the party is billed as a drag karaoke night with a bar, a dance floor and cabaret-style tables for parties of eight to 10 people.

Cllr Miller, who took office in May, says: “Once I became mayor I had it in my head that I really wanted a knees-up in Henley.

“I thought it was just a good idea because we’d all had a pretty awful, shocking 18 months.

“I originally had it in my head that I wanted a colourful big top in Market Place — but obviously I didn’t have the finances for that and as mayor I do get the town hall free of charge for three events during my year of office.

“I was also very aware that my year was running out and I wanted to do something — I wanted to have a party in Henley but I also wanted something a bit different and also an event where I could raise some money for my charities.”

The charities in question are the Henley and Peppard branch of the Royal British Legion and the Regatta for the Disabled.

Cllr Miller says she also wants to work more closely with the Henley Plastic Reduction group and is next year planning to relaunch the free water bottle refill scheme that she helped get off the ground in 2017.

Cllr Miller says: “I wanted a party and I wanted it for charity, but I do want to say that this is not instead of my mayor’s civic dinner, where I invite all the chained mayors and dignitaries from other towns.

“That’s usually a black tie event and will probably happen in March before my time as mayor is up.

“This is something I just thought it would be great to do.

“I wanted something a bit different and obviously karaoke isn’t different — everyone knows what karaoke is — but I do love drag and I think most people enjoy it. Well, most women — I don’t know about the men.

“I used to go to shows in London and I was very aware that you could have drag karaoke evenings and I thought, well, what a lot of fun, you know? I thought we could make this evening not just karaoke but have a disco and a bar. So what I did was I booked the date at the town hall. I then found my act, Just May, who is a Geri Halliwell impersonator but she doesn’t just do Geri.

“She’s a very glam drag queen and she’s going to be my host. She will host the karaoke, she will hopefully host the disco and she’s the main attraction.

“She actually does drag karaoke every night in East London but she offered to forego that and come to Henley, which we’re really happy about.”

Originally from Essex, Just May has been performing drag for the past eight years.

Asked if she has ever visited Henley before, she says: “My prepared line for any publication is ‘No, but I can’t wait to come!’

“I mean, I don’t just only work in East London. I’ll go anywhere that pays me. Christmas, weddings, funerals, bar mitzvahs. You name it, drag queens will perform at it now.”

Looking ahead to the night of December 3, she says: “We’re going to be doing some karaoke, a little auction, having some fun little low games and just making it camp and Christmassy.

“I’ll throw a bit of my act in here and there. I mean, I just love the fact that my Geri is 6ft tall with great big eyes and sounds like a trucker from Essex. Exactly what she would have dreamt of!

“I’m like very low key, high energy — I’ll bring my laptop and a Union Jack dress and let the rest of it sort itself out.”

With so many top 10 hits to choose from, is there any one song in particular that Henley partygoers can expect to hear Just May belt out on the night?

“I’ll do a bit of Mi Chico Latino,” she says, “but you can always mix it in with any low-grade celebrity pop culture from the late Nineties and early 2000s.”

Before becoming a drag queen, Just May trained in the performing arts.

“I use the word ‘train’ very loosely,” she says. “I did a fine art degree and I specialised in performance.

“I used to go to the art school in Norwich. It’s changed names about six times since I went there, so I’m not sure what it’s called now.”

Wargrave MP Theresa May’s distinctive dress sense has provided UK drag queens with an unlikely source of sartorial inspiration. But is Just May any relation?

“I can happily say that I have no affiliation with a former Tory prime minister — and I’ll keep it that way,” she laughs.

As an aid to social distancing, attendance at the party has been limited to 150 people.

Tickets cost £20 but with all proceeds going to charity there is an option to pay more. For more information and to book, visit www.eventbrite.co.uk and search for “Drag Yourself Out.”