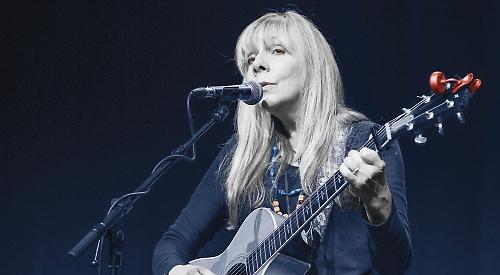 WARGRAVE singer-songwriter Charlie Dore has released her first Christmas single ahead of a live show at Nettlebed village club on Monday.

As one of “The Ladies of Nettlebed” she will be sharing the stage with Henley folk singer Megan Henwood and Wallingford’s Jackie Oates.

The trio have each previously played the High Street venue in their own right as part of the regular Nettlebed Folk Nights series of concerts.

But in November 2019 they got together to stage a show where they performed individually and collectively, sharing songs that had been specially chosen and arranged for the occasion.

The concert was a big success, but due to the coronavirus pandemic a repeat outing had not been possible until now.

Charlie, whose debut single was the 1979 Billboard hit Pilot of the Airwaves, said: “Monday night will be half us doing our individual things and half joining together to do our versions of things.

“We’ll be doing at least a couple of the tracks from my Christmas EP, so that will be seasonal. Megan and Jackie will be playing their current releases, so there will be quite a variety of different material.”

Titled The Man Who Built Christmas, the EP has three tracks in total — including Santa and Edie and When God Met Richard Dawkins.

Charlie said: “I’ve always avoided anything to do with Christmas in the past but I thought that possibly it was time to break my own rule.

“Last year I wrote the song Santa and Edie, which is a love story — and that’s also quite rare, for me to write one of those.

“It’s about an ageing Santa who works in a department store — he’s been there for 40 years and for all that time he’s secretly been in love with Edie, who works on the perfume counter, so it’s really a story about love and persistence.

“I wrote that as a one-off and then I don’t know quite how it happened but I had a couple of other ideas for songs and I thought why not share those as well?

“The other two are not conventional Christmas songs at all — absolutely no reindeer, no chestnuts roasting on an open fire, none of that.

“These are all songs about human emotions and the last one is called When God Met Richard Dawkins, which is a tale about God and Richard Dawkins, aged three years old, meeting up in the queue to see Santa Claus at Selfridges with their mothers — and a brawl breaks out, basically. So that’s a complete fantasy. But the title track, The Man Who Built Christmas, is a true story about my dad staying up trying to make a puppet theatre for me when I was six years old.

“DIY was not his strength and he struggled and had to stay up all night. He’d wanted to buy me a really nice one but couldn’t afford it, so had to make one from a kit — and that just really, absolutely was not his forte.

“It used to bait and annoy him and he just found reading the instructions absolutely mind-numbingly difficult.

“I only found out when I was older that he had been up all night, trying to make it for me. But he did manage it.”

For more information and to book, call 01628 636620 or visit www.nettlebedfolkclub.co.uk