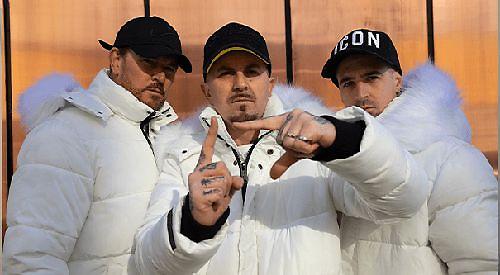 THE Leander Club next to Henley Bridge is the venue for a six-day event billed as the town’s first ever winter music festival.

Glow is running from Tuesday to Sunday, December 7 to 12.

The opening night is a pre-launch party that starts at 6pm and is free to attend — though donations are encouraged in aid of the festival’s chosen charity, the Riverside Counselling Service.

There will be festive food and drink and gifting stalls, plus Christmas carols for all to enjoy.

Then at 7pm on Wednesday, Glow will officially launch with a concert by Nineties boy band East 17, who had a Christmas number one hit with 1994’s Stay Another Day, plus support.

Leander’s outside area will be transformed into a winter wonderland by event stylists Queenie & Belles, who have designed a Christmas playground featuring heated marquees, three bars and a festive food market.

Glow is the brainchild of two Henley businesses — Eight Ray Music and Twenty One Twelve Marketing — who last year organised the virtual Henley Lockdown Fest in May followed by the Sounds Purple Fest in November.

The first event raised nearly £25,000 for good causes, with the proceeds being split between the NHS and the Riverside Counselling Service.

Six months on, Sounds Purple Fest helped raise money for musicians whose livelihoods had been affected by the coronavirus lockdowns.

Jayson Jaurigue, who founded Eight Ray Music 10 years ago, said that having staged the two virtual festivals the idea of organising a real-world event occurred to him this summer.

“When we came out of lockdown we were able to provide events and live music again,” he said.

“In July this year, Twenty One Twelve and the Hidden Garden put on a pop-up event down by the river and Eight Ray Music partnered up on that as well.

“That event was a success and so we thought, well, actually, could we do something for Christmas? Because as you know, last Christmas was a really tough time for people.

“They shut us down just before and we couldn’t see our families — and I think for this year it was all about bringing happiness to the community, getting people to party and let their hair down and have fun — and that’s what the aim for this is, really.”

Jayson, who attended Gillotts School and The Henley College, says that having founded Eight Ray as an entertainment agency specialising in live music, he had seen it grow to the point where it was providing services to events across the globe.

“It was going well until covid hit us,” says Jayson. “We are rebuilding but our mission has changed since the pandemic.

“For me it’s all about bringing happiness and helping people with mental health — which is why Glow is happening.”

Following on from Wednesday evening’s launch party, Thursday is billed as an après ski extravaganza, Friday offers Christmas hits with Okiem and the Infinity Orchestra, Saturday is an all-day Bavarian beer festival and Sunday is a family day followed by a comedy night.

Jayson says that so far the Wednesday and Thursday nights are selling the best, but which events at the festival is he most looking forward to?

“A couple stand out for me during the week,” he says. “The opening and the pre-launch party, which is free entry.

“I’m a Henley boy and this is really aimed at the community. We’ve got the Valley Road Primary School choir performing, we’ve got the Berkshire and Henley Dance group and opera singer Ceri Ann Gregory — I really want to make it an amazing community event.

“On the Tuesday we’ve got a raffle for the Riverside Counselling Service and that’s the first opening night where people will see what Glow is all about, so that’s going to be a good one.”

Jayson, who is also known as JJ, is a singer and guitarist who is the frontman of Henley-based band JG Collective.

“I’m performing on the Thursday at the après ski event,” he says.

“I always love performing and we’re selling really well for the Thursday, so that’s going to be a really great party.

“The Saturday is actually a partnership with the Leander Club — they’re putting on a Bavarian beer festival, which will be amazing, and that’s going to be a whole day affair. So, yeah, lots of beer.

“But Sunday is where we want to really focus on the family, the kids and giving them a good time.

“We have Father Christmas coming at 2pm and we’ve got other children’s activities including a silent disco — then we end with a comedy evening on the Sunday night.”

Asked how he had come to support the Riverside Counselling Service — which is based at the Friends Meeting House in Northfield End, Henley — Jayson explained that his wife Gemma, who works as a psychotherapist, had volunteered as a counsellor there some years ago.

“From then on I’ve just kept in touch with the charity,” he says, “I’m an advocate for mental health and raising mental health awareness, so I’m behind it.

“It’s a local charity that’s doing amazing work and the issue we’re facing is we need more counsellors because there are more and more people wanting the service because of mental health issues arising especially during the pandemic — so I’m a true advocate of it.”

• Ticket prices for the festival vary by event. For more information and to book, visit www.eventbrite.co.uk and search for “Glow Henley”.