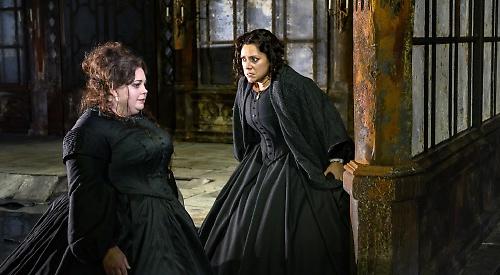 GARSINGTON Opera has announced the details of its 2022 season, which runs from June 1 to July 31.

The festival, which is held each summer at the Wormsley estate near Stokenchurch, will open with a new production of Monteverdi’s Orfeo, sung in Italian with English supertitles.

Orpheus sings his way to the underworld in pursuit of his wife Eurydice, overcoming all obstacles by the power of his voice. He finds her but then loses her again.

Ed Lyon will sing the title role, with Diana Montague as the Messenger.

Orfeo will be followed by a new production of Mozart’s Così fan tutte from June 2 to July 20. A light-hearted wager spirals out of control when two young soldiers allow themselves to be drawn into the intrigues of their cynical friend, who persuades them to put the love of their adored fiancées to the test.

A new production of Dvorak’s best-loved opera Rusalka follows from June 18 to July 19, with a revival of The Turn of the Screw directed by Louisa Muller playing from July 2 to 18.

Closing the festival will be three performances of Dalia, a new community opera by composer Roxanna Panufnik and librettist Jessica Duchen, on July 28, 30 and 31.