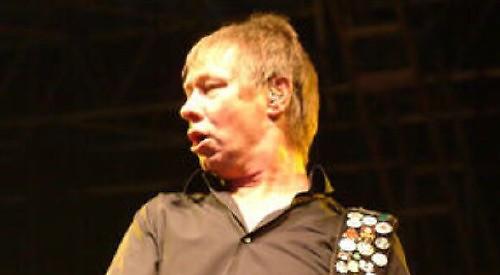 EVEN fans of veteran rockers Status Quo may not immediately know the name John “Rhino” Edwards.

But whenever the distinctive duo of Francis Rossi and Rick Parfitt were belting out hits like Whatever You Want and Rockin’ All Over the World, Edwards was there too — playing bass.

Edwards has been part of the band since 1986 when he was invited to join by Parfitt to replace founding member Alan Lancaster.

And when Parfitt died five years ago, it was Edwards’s son Freddie who took his place.

What Quo fans may also not know is how Edwards earned the name Rhino, which he has been known by since playing with Judie Tzuke’s backing band in the Seventies.

It’s because he’s so clumsy or, as Quo themselves say: “He is the clumsiest man in the world and somehow manages to break things wherever he goes.”

So diners at the Crooked Billet in Stoke Row had better watch out when Edwards’ own band Rhino’s Revenge play there next week.

The 68-year-old is stopping off there on Tuesday night during his eponymous band’s Never Too Old tour to promoting a new album, Charge.

Edwards says: “I’m looking forward to doing this gig and it’ll be a novel experience. But I’ve actually done a lot of small places so, contrary to popular belief, I’m used to playing quite quietly.

“I’m hoping it will live up to expectations because you never know, we might have a career on the supper club circuit.” The set will include songs from the new album, some timeless rock classics and a few Status Quo favourites.

Edwards, who learned classical violin as a child and won a scholarship to the London College of Music when he was 11, has played with several bands during his career, including Dexys Midnight Runners and the Climax Blues Band.

He is still, however, very much part of Status Quo.

He said: “All things being equal, we’re heading out with Quo for the whole of March and then maybe on to Europe. The year’s looking pretty full.”

Tickets for the night in the form of a music cover charge cost £25. For more information and to book, call (01491) 681048 or visit
www.the crookedbillet.co.uk