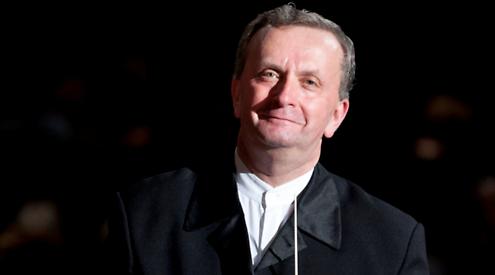 BENSON Choral Society will be performing British music with a nautical theme for its summer concert next Saturday.

McDowall was commissioned by the Portsmouth Grammar School Chamber Choir to write her anthem for Armistice Day 2001, with a special significance for the naval heritage of the city.

She used elements of the ancient Latin antiphon, or anthem, for its first and final parts and incorporated words from Psalm 106 in the central section.

Vaughan Williams’s Five Mystical Songs comprises Easter, I Got Me Flowers, Love Bade Me Welcome, The Call and Antiphon.

He set some of the poems of 17th century poet and Anglican priest George Herbert to music.

The programme also features Percy Grainger’s Handel in the Strand and Gerald Finzi’s Eclogue. Edward Elgar’s Sea Pictures is made up of five songs, including In Haven (Capri) by his wife Caroline Alice Elgar, Sea Slumber Song by Roden Noel, Sabbath Morning at Sea by Elizabeth Barrett Browning, Where Corals Lie by Richard Garnett and The Swimmer by Adam Lindsay Gordon.

The final piece, which was arranged by Donald Fraser, will be the concert finale.

The singers will be conducted by David Wordsworth and accompanied by Henley pianist Anita D’Attellis.

The concert is at Dorchester Abbey on Saturday, June 25 at 7.30pm.

For more information and to book tickets, call Stephanie on 01865 407395 or visit www.bensonchoral
society.org.uk