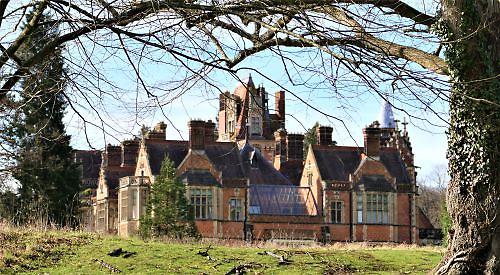 WE have just acquired two bird nesting boxes, simply designed and well-constructed. They are made from 100 per cent Forest Stewardship Council-certified wood.

We take our daily, morning stroll around the garden in the company of our cat Cilla to pick where we will place them. She nods.

One will be in a Douglas fir way down the end of the garden, the other on one of our maples, Crimson King, nearer the house. Both will face away from the sun and be high enough for security.

We have many feeding stations in our back garden and have made sure that the boxes’ positions are sufficiently distant. This is so important, as is easy access away from intrusive vegetation.

We are both looking forward to seeing which bird species will occupy the boxes and have no worry about Cilla as she has never been interested in our feathered friends, preferring to bounce on unwary rodents instead.

Between our trees much more is in flower. Crocuses, daffodils, primroses, hellebores (attended by a white-tailed bumblebee, Bombus lucorum), camellia (Margaret Davis) and Oregon grape.

A brimstone butterfly puts in its first appearance of the year — a delightful sight and a good sign. Bring it on.

A horde of jackdaws fills the firmament, maybe 100-plus as they “kyak” away, obviously having great fun as they play above like overpopulated rugby teams. We both find them most entertaining, clever birds.

Rosemary points out a small flock of bramblings as they pass through with their slightly odd “jek jek” utterances. A robin then sees off a startled starling on one of our bird feeders. Half the starling’s size, the robin is a veritable little brute and bully. Rosemary calls them “thugs” but that’s nature for you.

A male blackcap bursts into his warbling, melodious song. Our magpies continue nest-building. It’s all going on in our garden.

After breakfast we head out into the South Chilterns and park our car near Rumerhedge Farm between Hook End and Wyfold Grange. I’ve been looking forward to this as we will be walking on paths mostly new to me. Thankfully, it is a bright but breezy day.

We head eastwards up a grassy, daisy-filled short incline towards Chartersfield Wood via a series of kissing gates installed by the excellent Chiltern Society. No slippery, rickety old stiles thankfully.

Reaching the crest by a flowering gorse bush, we view the valley behind and below. All looks tidy and quiet today. A couple of cyclists head towards Stoke Row. Horses and ponies graze in a field to the west.

We enter the wood and are confronted by some truly huge Douglas firs. A native of America, these trees can grow to extraordinary proportions and possess an aromatic scent.

They are named after the Scottish explorer David Douglas. He died in 1834, aged 35, while climbing in Hawaii. He seems to have fallen into a pit trap and was in all possibility crushed by a bull that fell on top of him, poor soul.

Most Douglas firs seem to display a succession of redundant, dead, smallish branches that run up the greyish trunks. I wonder why. A diagnostic of the species but odd nonetheless.

This is hardly what I’d call a plantation as the woodland is also full of oak, cherry, silver birch, holly and hazel, some very large. The ground level is dominated by bramble and bracken with some inexplicable bare patches.

There is a lot of rhododendron, a very invasive, alien plant, which crowds out natives with efficacy. It looks like “ponticum”, a native of Asia and south-east Europe that definitely needs control or the eradication that I’d prefer despite its handsome blooms.

Some of the shrubs are showing flower buds already. They don’t normally blossom until May. Is this another example of climate change?

Honeysuckle or woodbine (I prefer the latter name) scrambles up trees, new leaves shining. We come across some deciduous common larch trees, golden against the blue sky.

We are greeted by Reggie the dog and his owner Alice, whom we’d met the week before with her mother. They are out on a run. It is a small world.

There are so many trails here that without a map it would be most easy to get lost. Some of the trees are waymarked but it is not universal. A compass helps, as does an innate sense of direction.

Dog’s mercury and bluebells are in abundance, promising to burst into flower soon.

We come across some very large beech trees. Some claim the sky straight as a die. A smaller one is bent at an extraordinary angle. We spot some wonky ashes also.

Leaving the woodland, we enter the Wyfold Court Estate.

The main building is most imposing with impressive views. Built in the late 19th century, the Gothic edifice was designed by an English architect named George Somers Leigh Clarke.

I’ve always found it quite threatening in appearance with its turrets and mullioned windows. Once Borocourt Hospital for mentally ill patients, it has been converted into expensive flats.

All around we are assailed by signage stating that most of the surrounding paths are solely for the preserve of residents. We see none.

We enter open country via a muddy path pocked by the imprints of a passing roe deer, quite fresh too. To our left, two horses are lying down for a snooze and why not?

Further on, we find some large common limes with carpets of snowdrops at their feet.

We turn south-east after a few minutes to head down a bridleway that leads to Hazel Grove.

The going is much improved, except when we come across a large lump of concrete covered in moss in our way. How did that get here, I wonder. It must weigh a ton.

There are some odd-shaped trees along this stretch and then we emerge back into the open and are presented with manicured lawns, tennis courts and tarmacadamed driveways, a disturbing interlude from bucolic bliss.

We are rewarded, however, with a view of the fine old building.

We are directed down a splendid avenue of lindens. The old trees are impressive and some replacements have been planted to fill the gaps left by those lost. One tree appears to have eyes, ears, a nose and beard. It is all a bit tidy but rather classy as avenues go.

Reaching the end, we enter a corner of Hazel Grove where my wife shrieks with joy at the sight of a small beech that looks like a piglet.

We then take a sharp-right southwards into more open country. We can see our destination, Wyfold Lane, less than a mile away.

The wind has stepped up a fair notch, gusting madly. Underfoot, the path is very stony with large pebbles polished by river water long ago.

Rosemary picks up a flint that is full of what looks like crystals of quartz. I’ll examine back home.

Skylarks sing high up in the near-gale. I’ve mentioned this before, but I find these little birds one of nature’s treasures.

A lone oak to our left has been shaped by unrelenting wind. These are very hardy trees but inflexible so sometimes suffer an early demise. Ancient hollow examples that have lost their heartwood and top boughs seem to go on forever.

We both struggle along towards the road longing for lunch and meet Wyfold Lane after passing a large, currently tended assembly of vines.

This is the award-winning Wyfold Vineyard. How wonderful to witness such an enterprise.

Once in the lane, we walk past one of our favourite woodlands that is full of large-leaved limes and violet helleborines. A wondrous spot.

As Rosemary drives home, we talk of what we have seen and wonder about mankind’s relation with nature.

Before I go on, I must quote from a letter written to US president Franklin Pierce by Chief Seattle of the Suwamish tribe in 1855.

Back home and sitting outside that evening, the sky is a midnight blue. Stunning. It is so clear that it is telescope time at last. It has been a long wait.

On a sad note, I dedicate this column to my friend and mentor John Bamber (Uncle Gilbert as he referred to himself), a witty and gifted BBC journalist who also worked at the International Criminal Tribunal for the former Yugoslavia. A true great, he died in Spain after suffering a pulmonary embolism.

John enjoyed reading my Nature Notes column from his home in Fuengirola.

I will never forget you, John. You were a beacon of light in an otherwise bonkers world. Forever in my heart, Vincent.