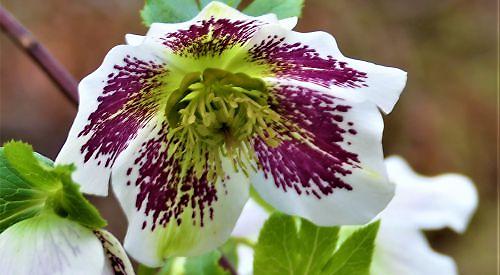 IT is late in the evening but before I go upstairs to bed I step outside for a few minutes and sit down on one of our solid wooden benches.

Looking up, I can’t see any stars or the moon as the sky is cloudy. That is also why it is not too cold, the water vapour acting like a celestial blanket.

I’m about to turn in when a male tawny owl (Strix aluco) hoots from the depths of the garden. I’m glad to hear the bird after a long hiatus and it’s good to know that he is still around.

The tawny is a strictly nocturnal hunter, as is the long-eared owl (Asio otus), a species that I have never seen although it is present here all year round.

They prefer to roost tight up to the trunks of coniferous trees and there may be a sizeable population in local post-war plantations.

In contrast, I have seen diurnal short-eared owls (Asio lammeus) patrolling sections of the open Berkshire downs looking for voles.

I have seen bold little owls (Athene noctua) roosting in the open at Goring Heath during the day as they normally hunt at dusk.

I saw a barn owl (Tyto alba) in a former garden of mine in Emmer Green on an early summer evening years ago.

All owls are silent as they fly, ghostlike. A roosting tawny is very hard to spot in daytime, although its position is sometimes given away when “mobbed” by small birds as they repeat continuous alarm calls.

In the morning, Rosemary and I step outside to see if there has been any further vandalism in the back garden that I described last week and I’m afraid there has.

We are sure that the culprit is a muntjac deer so later we block off any point of ingress that we can find and hope it does the trick. Despite all the carnage, many of our spring flowers are in bloom.

Poisonous hellebores, members of the buttercup family with somewhat leathery leaves, are in flower.

Lenten rose (Helleborus orientalis) is mostly self-seeded with palmate leaves in various hues from deep puce to plum. The species is highly variable and will freely hybridise with others.

Christmas rose, or black hellebore (Helleborus niger), from northern Italy, is very attractive with its pedate leaves with two-tone or pure white flowers.

We also have beautiful snowdrops, some undamaged, crocuses shining in the morning sun, blue-flowered periwinkles and small irises. Mistletoe hangs high in some of our trees.

Rosemary and I have walked extensively between Goring and Henley so I am most surprised when she delivers a printed document to me.

I’m intrigued and, as I am suffering with a bad back and unable to venture out, I decide to study the document instead.
A revelation it is too.

According to the Goring charters, there is a conveyance of 1353 which mentions a “royal way” in Goring parish which leads towards Henley (viam regiam que ducit versus Henle), a “via regia”. Extraordinary.

What gets me is how many portions of this ancient route that I have cycled solo or walked with Rosemary.

A familiar path out of Goring leads through Gatehampton Lane with its rare cohort of alder buckthorn (Frangula alnus) and more familiar shrubs such as blackthorn and hazel.

On the approach to Hartslock nature reserve the track swerves left and uphill past Cockpit Plantation to Coombe End Farm.

From “Comb Green”, which I know well, the old route heads towards Goring Heath with its sublime oak trees “which before enclosure in 1812 was the largest heath in the south-west Chilterns”.

It goes on. The old route now heads along still largely wooded Deadmans Lane. To the left is College Wood with its woodcock roding (breeding display flight of males) in the evening.

The lane continues towards the A 4074 Woodcote road. After crossing Deadmans Lane, it leads on.

The document says: “There is no compelling explanation for the name but it could refer to the threatening nature of woodland, or even indicate a route to a gallows.”

Gelling, Place Names of Oxfordshire, vol 2, says: “There may be a connection with the nearby Gallowstree Common, though the antiquity of this name is unknown. The term ‘dead man’ also occurs in field names and is possibly associated with the findings of human bones.”

The lane leads to Whitewood Heath with its pond and then onwards to skirt Nippers Grove, near Hook End, with its large-leaved lime trees and equally rare violet helleborine orchids.

The ancient, historical path that crosses Kipping Hill is, in all probability, an old droving road and takes you on towards Wyfold Grange and past the old settlement along Wyfold Lane in the direction of Rotherfield Peppard.

Passing through Colliers Lane, there is a steep rise to Peppard Common that leads to Dog Lane, one of our favourites.

Carrying on, the lane passes Rotherfield Greys and goes towards Henley’s Mill Lane with two spurs, Pack and Prime Lane and another that passes Highlands Farm, that head directly into the centre of town.

What strikes me is how I have walked many of the sections described but never really put two and two together. Our aim is to follow the route in its entirety.

All of the sections that we know are quite outstanding for the wildlife and views.

Later in the morning we park in Mill Lane to pay a visit to Marsh Lock at Henley.

Stopping to gaze downstream, we are delighted to see a group of male and female tufted ducks near an unnavigable gravel bank and then walk to and beyond the lock-keeper’s house.

On our way back to the car, Rosemary brings out some wholemeal bread to feed the mute swans, coots, various ducks, Canada geese and ubiquitous black-headed gulls. They are all fun to see.

We return home after stopping to visit the local garden centre as we are always on the lookout for a bargain or something to rescue but on this occasion buy nothing.

The weekend was a washout and I am still suffering with my painful back. Rosemary has a dodgy shoulder. With hope and some better weather we should be out again soon.