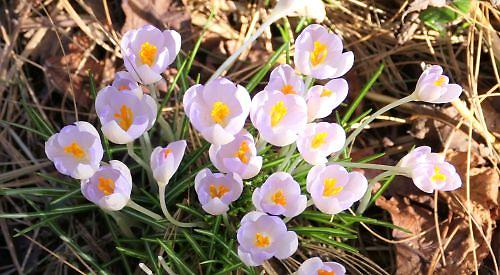 ALL hell lets loose at about 10am. Our cats go crazy, wind whistles down the chimney stack and our boiler makes strange noises.

Looking out of the windows, we fear for our trees as they bend and sway in a powerful onslaught. When roused, Mother Nature can be unforgiving.

Storm Eunice is barrelling across southern England and through our garden, the worst that I have known for more than 30 years. I have vivid memories of the last two occasions that I encountered such violent, deadly weather.

Believe it or not, I slept through the Great Storm of 1987. I was working in Shaftesbury Avenue in London then but had no warning of what was to unfold. Leaving Paddington from a restricted rail service, I walked to the office through a devastated landscape (no buses or Tube). London plane trees lay halfway through four-storey buildings.

When the worst of Eunice has eased, we venture outside and feel fortunate to see that we have no overt casualties, just a large quantity of branches, twigs and pine needles on the ground.

All the birds that had been quiet and invisible are now reanimated but barely vocal apart from a tribe of jackdaws. They never shut up.

It’s a different story in my mother’s garden not far away. Her beloved deodar (Cedrus deodara), a magnificent specimen about 60ft high, was blown over and crashed through her next-door neighbour’s fence. The storm didn’t care about the tree preservation order on it.

A conifer that I planted in the Eighties also fell victim to a fearsome gust. At least no one was injured but there is some clearing up to be done.

Only a few days before this Rosemary found a red admiral butterfly (Vanessa atalanta) on a daffodil in the back garden.

This was strange as they do not normally appear until mid- March. It is not the first anomaly that I have seen this year but most welcome and lovely to see nonetheless.

These are stunning creatures with their unforgettable black, white and red wings and, if you can see them up close, somewhat large, furry bodies.

The females are slightly bigger than the males and lay their eggs predominantly on common nettles, which can be stripped of their leaves by caterpillars in hours. The spiny caterpillars range in colour from black through brown to grey with yellow.

The nettle (Urtica dioica) is also one of the main food plants of other butterflies, the small tortoiseshell, peacock, comma and painted lady.

It may sting on contact with human skin but think how valuable the plant is. I’m a nettle fan.

Common nettles are very nutritious. According to The Forager Handbook: A Guide to the Edible Plants of Britain by Miles Irving (Ebury Press 2009): “Nettles have been used as food, tea, medicine, fibre for cloth and rope, dyes, hair products, soil cleanser, compost activator, a source of chlorophyll, liquid manure, fly repellent, attractor of pestilent insects to protect economic crops and vegetable rennet.

“Even the sting is useful, alleviating symptoms of arthritis by introducing uric acid into the bloodstream.”

The author continues: “During the First World War, when cotton was unavailable, in Germany there were 23,000 hectares of land under cultivation for nettles to make army uniforms; nettles were a widely-used fibre plant in Europe before cotton was introduced in the 17th century.

“Cotton is easier to harvest and spin but nettle fibre is otherwise superior, being both softer and more hard-wearing.”

So there you have it, a perceived pernicious “weed” that has many uses from food for butterflies to a currently untapped resource for ourselves.

The common nettle is also good to eat. If you boil or steam fresh spring leaves, they make tasty greens with a delicate texture and flavour. They have a high protein content and are full of calcium and other beneficial minerals, vitamin C and beta-carotene.

Back to butterflies, we are looking forward to see the first brimstones (Gonepteryx rhamni). They should be on the wing in a few weeks’ time, a sure sign that spring has arrived.

The insect’s sulphur-yellow wings make it difficult to confuse with any other British butterfly. At rest, the wings are always folded to resemble a leaf.

The caterpillars are green with a fine black speckling with a white line of spiracles (external respiratory openings). They feed on buckthorn and alder buckthorn.

The lovely little orange tip (Anthocharis cardamines), which we will be able to spot from April onwards, is unmistakable. Only the males have orange tips, the females being white. When perched, both sexes display an exquisite green mottling on the underside of the wings.

The caterpillars are greenish-grey on the back, fading to white on the flanks. The main food plants are lady’s-smock and garlic mustard but they also eat charlock, hedge mustard, large bitter-cress and turnip.

Bumblebees have emerged from their slumber, whizzing in and around our flowering plants so fast that it is almost impossible to identify the species.

Primroses and dog violets are flowering beneath our trees. Bluebells will follow later.

We are not going into any woods at the moment. Many trees will be unstable and dangerous after the storms. Some have been weakened and will fall without much more provocation. All the rainfall has not helped either.

In any case, my back is pretty painful so I cannot walk that far.

Instead, we set about planning our walks for the coming weeks and months. There are many places that we are looking forward to seeing again. The Warburg nature reserve at Bix Bottom needs further exploration, as does Swain’s Wood, near Turville Heath.

We will also be returning to many other old favourites at Kingwood, Highmoor, Goring Heath, Shiplake, Harpsden Wood and all the meadows around the River Thames.

I’ll also be leading a guided walk around Moor Copse, near Tidmarsh, in July.

We are going to be very busy indeed.