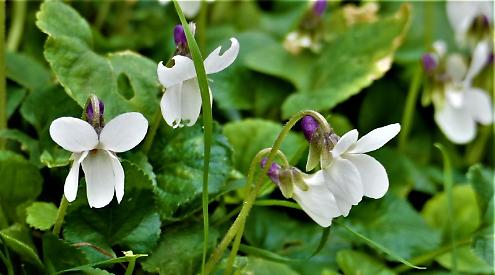 THE wind whips past my near-frozen ears. I should have chosen more protection against the elements but do I care? Not really.

Rosemary is more sensible; that’s a woman for you. She turns to give me a knowing look and asks where I have left one of my warm hats and laughs.

I curse and feel a bit of a fool but what the heck, there is no turning back now.

Rosemary has driven us to the Flower Pot Inn in Aston, a few miles from Henley over the River Thames in Berkshire. We will have lunch inside later.

Earlier, I was sitting outside at home to watch and listen to all the chatter.

To my amusement, a grey squirrel only a short distance away tucked into a discarded potato chip that had been placed on a bird feeder after last night’s meal. It’s a happy creature, bright-eyed and bushy tailed.

The species (Sciurus carolinensis) should not be here on our shores but then it is not the squirrel’s fault.

A native of America, the grey squirrel was deliberately introduced in the late 1800s and early 1900s. Who thought this would be a good idea? It is responsible for the decline of our native red squirrel (Sciurus vulgaris) and a great amount of damage to trees.

In addition, the grey is particularly fond of destroying bird’s nests to devour eggs and nestlings, a true environmental disaster. I wish for a general reintroduction of the pine marten (Martes martes). That would sort out the greys.

The squirrel is not the sole misjudged introduction.

The arrival of the Reeves’ muntjac deer has had a terrible impact on woodlands and meadows.

First introduced to Woburn Park in 1900, it has spread with rapidity to wreak havoc on saplings, wild orchids, ferns and anything it can get its teeth into.

One of my dear friends has them shot. She tells me that the venison is good. Eradication is paramount.

Another introduction, largely down to the misguided action of “animal rights activists” is the “freedom” given to American mink (Neovison vison) from fur farms.

The animals could and should have been repatriated from their cruel conditions but instead another ecological disaster was inflicted on our countryside by ignorance.

The animals were first found to be breeding in 1956 and have proved to be a main predator of water voles (Arvicola amphibius), famously Ratty in Kenneth Grahame’s The Wind in the Willows (1908).

In addition, our waterways are now being laid siege by signal crayfish (Pacifastacus leniusculus), another import from America.

They were introduced in the Sixties to alleviate crayfish plague, an infectious disease caused by water mould, Aphanomyces astaci.

On the contrary, the incomers spread the disease and have nearly wiped out our native crayfish (Astacus astacus).

Of course, inadvertent and deliberate introductions are not limited to animals but include plants too.

It reminds me of cane toads in Australia. How mankind has made so many mistakes trying to fix the unfixable.

Back in Aston, we set off walking after gazing at a garage roof adorned with the greenest of luxuriant mosses.

Our chosen path, a public right of way is a beauty too. Come spring, it will be full of glorious wildflowers.

As we make our way eastwards, passing some dwellings, some young woodland has been removed and replaced with regimented lines of trees with plastic guards.

A small dark pony looks to be content in a large paddock. A carpet of white-flowered sweet violets (Viola odorata) shine in sharp sunshine.

We move on through a heavy, wooden gate into the open and look around.

On our last visit we were pelted with hail, thankfully not today, only an obdurate wind.

The sky is largely clear, providing panoramic views over the River Thames that flows below our high vantage point.

It is busy today with a large number of people taking exercise with attractive dogs. It’s good to see so many people enjoying themselves. I point out some landmark coniferous trees in the distance across the river on a high, sylvan rise above Hambleden. These, too, are aliens but impressive. They appear to be in Ridge Wood but I can’t be sure, so we will take the long climb in spring to take a look. It will not be a wasted visit.

Horse chestnuts erupt with sticky buds. Spring is on its way.

We head back to the inn for warmth, sustenance and a welcome draft.

After paying for a splendid lunch, we sit in the pub garden for a few minutes. A dense hawthorn hedge is full of house sparrows that we noticed last summer. They are most entertaining as they flit hither and thither like little comedians. I love them.

A few long-tailed tits join in and a robin is in full song. I think the pub should charge for this. We leave and head home after another lovely day.

We are looking forward to planting our newest additions to our back garden, butcher’s- broom. A member of the lily family, it is far too spiky for the marauding muntjac. Try it at your peril, deer.