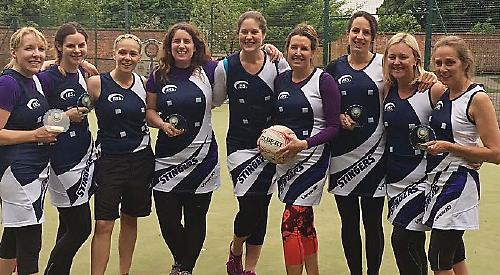 NETTLEBED STINGERS have been celebrating after winning all their Maidenhead and District League Division 5 fixtures to gain promotion at their first attempt.

The side, captained by Totie Southwell, were making their debut in the league where they won all 21 of their matches to secure the league title.

The team was formed out of the Nettlebed’s back to netball squad where they entered the Maidenhead and District Summer League to play competitively for the first time last year.

This weekend a squad of 20 Nettlebed players will be competing in the Bournemouth 7s tournament.