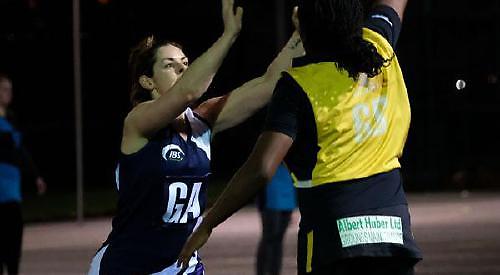 NETTLEBED Stingers lost out in their Reading and District League clash with Thunderbirds on Saturday morning.

The game started well with both teams evenly matched before Thunderbirds took an early lead with some good shooting and centre court play in the first and second quarter.

However, the accuracy of the Thunderbirds shooters and the strength of their centre court players resulted in them running out winners by 18 goals.

The Stingers worked hard in the first quarter with some good defence from Sarah Roberts (GD) and Chanti Stubbs (GK) helping them into an 8-5 lead.

Movement in the centre court was a challenge at first but Clare McCarthy (C) Emma Payne (WA) and Totie Southwell (GA) made some positive moves in the second quarter. However, some good defending from Risers meant the Stingers were down by one goal at half time.

A change around brought Emma Garratt (GD) in to defence. Claire Priddy (GS) made some good moves during the third quarter but Risers’ defence continued to make the game hard work for the Stingers.

Another change around for the final quarter saw Mandy Hough move to GK and Chanti Stubbs to GS, however some good interceptions and shooting weren’t enough to secure a win for the Stingers.

A high scoring game meant Stingers gained a point and finished the season as league winners.