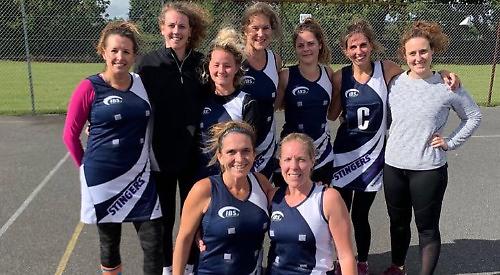 Both teams started strongly and were well matched throughout the game with some good defensive play by Stingers’ Lydia Johnston, Clare McCarthy and Mandy Butler.

Laurel Park were 17-13 ahead at half time which led to a nail-biting second half. However, the Stingers were unable to keep pace with Laurel Park as they finally lost out by a 10 point margin.

Stingers’ Butler was awarded player of the match by the opposition for her great defensive skills as GK.

• IF you would like to get fit and have fun then join us for “Back To Netball”. This runs every Thursday from 7.30-8.30pm at Rupert House Netball Courts, which are accessed via The Henley Rugby Club. For more details email learnwithlou@btinternet.com or view the Facebook page Nettlebed Netball Group.