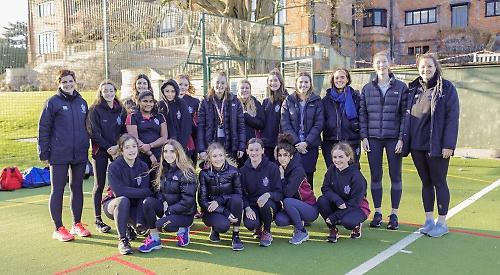 SHIPLAKE COLLEGE students were treated to a special training session led by a current Netball Superleague player from Surrey Storm.

Surrey Storm is one of 10 teams from England, Wales and Scotland that play in the UK’s top-level, elite netball competition.

Emily Gulvin has played for Surrey Storm for three seasons as their wing attack and centre and is a valued member of their team. Gulvin led the Shiplake players for a fun warm-up game, followed by working on passing down court into attack. The drills worked on movement around court and accurate passing.

This was followed by learning a few set-plays for centre passes, focusing on starting positions and space on court. The Shiplake girls found the session useful and learnt many new skills that can be applied to their netball season that began on Wednesday. Hattie Austin, a Year 13 player, said: “The session was educating for attack play and useful skills to use in matches. We were all inspired by a high-performing young female athlete in netball.”