Hawks lose out in league clashes 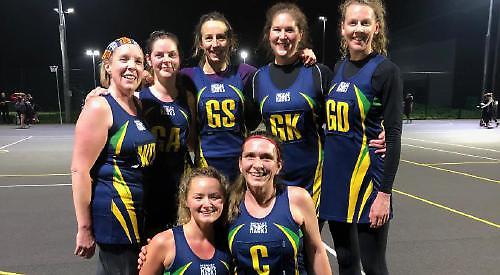 HENLEY HAWKS went down to a 40-25 defeat against TRBL in Division 1 of the Reading League.

Henley started strongly with the reliable defensive duo of Lydia Johnston (GD) and Chanti Stubbs (GK) working well together. The pair deflected shots and picked up rebounds leaving the Hawks finishing the first quarter 11-7 ahead.

In the second quarter TRBL started to gain momentum but the Hawks fought back. Totie Southwell (GA) and Katie Bayfield (GS) pushed hard to convert goals as the match was evenly poised at 16-16 at half-time.

In the second half of the game TRBL stepped up the pace with their defence causing problems for the Hawks attack. Judy Goforth (C) moved swiftly around the court with the support of Sammy Coff (WA) and Claire McCarthy (WD) but TRBL were relentless.

In the fourth quarter the opposition didn’t miss a shot and converted every opportunity to run out comfortable winners.

On Monday of last week HENLEY HAWKS went down to a 38-26 defeat against WINDSOR in their Premier Division clash in the Maidenhead League.

The Hawks started well, winning the centre pass and immediately scoring. In an evenly matched game Katie Bayfield (GS) and Totie Southwell (GA) looked lively in the scoring D for Sammy Coff (WA) to pass into and convert goals. The first quarter ended with the Hawks leading 8-7. In the second quarter Windsor stepped up their attack as the defensive pairing of Chanti Stubbs (GK) and Lydia Johnston (GD) had to work hard against forceful opposition. At half-time Windsor had taken a 17-13 lead.

In the third quarter Judy Goforth (C) pushed hard in a hostile centre court with Claire McCarthy (WD) as the opposition’s centre was cautioned and both teams received warnings from the umpires. The Hawks trailed by five goals going into the last quarter.

Play remained fast and aggressive as the Hawks lost momentum and struggled to get back in sync with each other as Windsor attacked to eventually win by 12 goals.