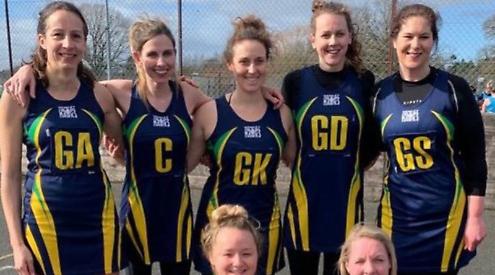 On Saturday the Hawks started off well against LP Eclipse. The play was end to end, with sharp shooting from Katie Bayfield (GA) and Chanti Stubbs (GS). At the end of the first quarter the score was evenly matched 11-11.

During the second quarter the Hawks defensive duo of Lydia Johnston (GD) and Emma Payne (GK) kept up the pressure against mounting attack. The team were pushing hard but lost some ground and were trailing by seven goals at half-time.

In the second half the opposition stepped it up a gear and Henley struggled to find their momentum.

The centre court players Emma Johnston (C), Sammy Coff (WA) and Clare McCarthy (WD) worked hard to maintain the ball and move back into attack. Despite some great play from the Hawks the pace was fast and the opposition resilient.