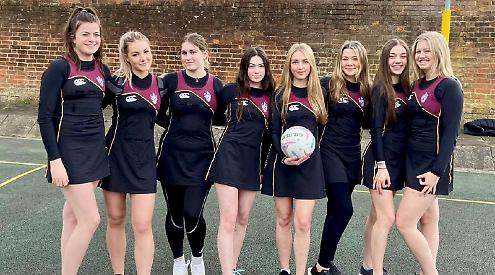 The team came top of the A League of seven schools, despite the top three schools of Shiplake, Reading Blue Coat and Ranelagh all ending with the same points score after winning five games and losing one each.

The A team were also crowned winners of the recent Lord Wandsworth tournament, beating nine teams in total to win the trophy.

Head of girls’ games, Chloe Mordue, said: “This has been a fantastic season for the sixth form girls. They should all be incredibly proud of themselves for their achievements.

“They have played all their matches with great team spirit and positivity. Having three teams performing competitively in their respective leagues has been fantastic.”