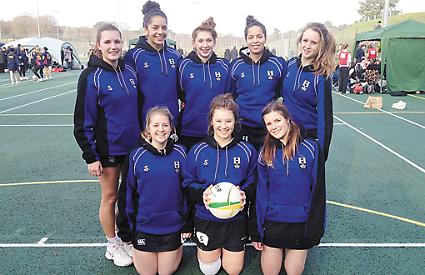 HENLEY COLLEGE competed in the south regional finals in Southampton having qualified by beating off competition from 18 other sides in the county tournament.

The competition featured 14 schools and colleges, with the top two teams from each county taking part. After losing their first game against Brighton College, Henley secured three wins and one loss before entering the final group game. Henley then beat their opponents 10-5 to reach the semi-finals where they were beaten by Hurst College.

The team put in a stronger performance in a rematch against Brighton College in the third place play-off but lost the match 13-5.