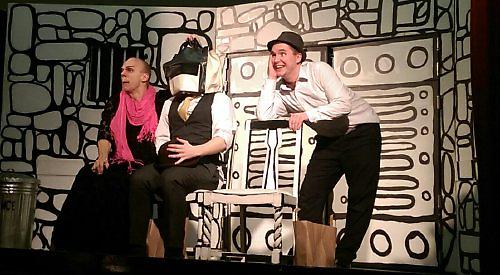 The trio, from Kent, are currently touring schools and other venues with the slapstick show about three men, Derek, Dick and Ernie, who desperately want to be bad guys but can’t because they’re too good. Mr Donnelly said: “Slapstick is our main influence. We like a lot of old-style comedy like Laurel and Hardy and The Three Stooges.”

Mr Hatcher added: “Our favourite sort of shows are for families and kids who don’t normally go to the theatre.”

Lorna Jones, chairwoman of the Friends of Nettlebed School, said: “The children loved it — it went down a complete storm. The whole place was filled with laughter.”