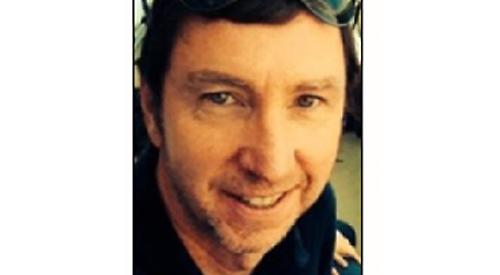 A MAN was given a £60 parking fine while he was delivering goods to the Henley food bank.

Keith Thompson says he should be let off because he was performing an act of charity but his formal appeal was rejected.

He called the penalty “disgusting” and has complained to Henley MP John Howell.

Mr Thompson, 54, of Lime Court, Henley, was given the fine on May 12 while delivering a box of supplies to the food bank, which is run by Nomad at the d:two centre in Upper Market Place.

The charity has seen a huge increase in demand during the coronavirus lockdown.

Mr Thompson was accompanied by his wife Tahmeena and their one-year-old daughter Sofia.

It was the third time the family had made a donation during the lockdown but on this occasion Mr Thompson could not find a parking space so he left his car in a space reserved for permit holders opposite the centre.

The parking rules in this area are enforced by London Parking Solutions on behalf of Henley Town Council.

Mr Thompson left his family in the car for less than 10 minutes while he made the delivery.

A week later, he was sent the penalty charge notice which said he had to pay £60 within 14 days or the fine would rise to £100.

Mr Thompson, a senior manager for a security company, claimed that his appeal should have been granted.

He said: “We are living in unprecedented times and we should be coming together as a community. There are hundreds, if not thousands, of examples of that happening.

“At the same time there are companies like this that are getting away with enforcing stupid and meaningless rules in order to make a profit.

“I hoped they would take my circumstances into account but they said I was not displaying a valid permit.

“I know I didn’t have a permit but I am talking about the real-life application of rules rather than a rule for the sake of it.”

Rejecting his appeal, the Independent Appeals Service said there were numerous large signs at the site warning drivers not to park there unlawfully.

The letter continued: “While we note the contents of your appeal, and you have our empathy, we would advise that a permit is required to be on display at all times when parked at this location. Failing to display a permit results in a breach of the terms and conditions of the site.” In his letter to Mr Howell, Mr Thompson said: “I believe that residents of Henley, like myself, should be supported where blatant injustices on the part of private companies occur.

“The purpose of a permit system should be to protect the rights of its owner to enjoy unfettered access to their parking space. In this case there was no interruption to the rights of any permit holder.

“I find this utterly disgusting and would ask you to ban this company from providing their services in Henley.”

Mr Thompson said he had asked London Parking Solutions if he could donate £60 to Nomad rather than paying the fine but received no response. He said: “Our neighbour is the daughter of a benefactor of Nomad and we had intended to donate something during lockdown because there aren’t many other practical things that we can do to help.

“It would be nice if companies like this made some donation to charity rather than making a profit for themselves.”

Mr Howell said: “I am astonished that he was issued with a parking fine, particularly when he was delivering a food parcel.

“I would have thought that any company operating in the town would have shown empathy with him over this issue.

“I agree that businesses need to act with integrity and decency in the town. Sadly, however, I have no power to ensure that this is so. However, I will raise this issue with the town council.”

Tim Prior, youth and families team manager at Nomad, said he felt the fine was unreasonable.

“Parking is extremely difficult at times in Market Place with little option sometimes other than to park on the main road when loading or unloading a vehicle,” he said.

“Mr Thompson was kindly donating some items to the food bank and to then receive a parking ticket in return for his kindness seems very unfair indeed.”

The council says it is unable to cancel fines which have been issued correctly.

A spokesman said: “We are sympathetic and realise that the driver had parked with good intentions. The town council itself is a big supporter of the wonderful work of Nomad and the food bank.

“In an emergency, such as a medical emergency or a breakdown, our contractor would of course not issue a ticket.

“However, in this circumstance, there was no emergency and there was abundant parking in both the Greys Road and King’s Road car parks.”