Family woman and proud villager who always thought of others 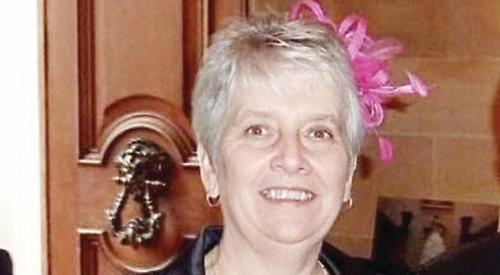 LINDA WEBB, née Waugh, was born in Reading on August 29, 1949, to William and Marjorie.

She grew up alongside her brother Trevor as part of a close-knit family and attended Newtown Junior School and then, having passed the grammar school exam, went to Westwood Grammar School.

Linda enjoyed a happy and secure childhood, including family holidays in Devon, travelling there by bus and then renting push bikes to see the area.

After leaving school, Linda worked at a car dealership and in the accounts department at a firm of solicitors.

As they got older, Trevor and Linda would go to various shows and gigs in and around Reading. They saw the Rolling Stones and the Kinks when they played locally in their early days.

It was while on a night out at the Majestic dance hall — “The Maj” as it was known — that Linda first met her husband John.

John recalls that he thought Linda was lovely and after a five-year courtship they were married in 1971 at St Bartholomew’s Church in Reading.

They went on to enjoy more than 46 years of happy married life together. They had three children, Simon, Darren and Hayley, who only enhanced their happiness.

In the evenings, once John was home to look after the children, she also fitted in a couple of evening shifts at Waitrose in Henley.

Once the children were at secondary school, Linda began work at Waitrose in Caversham where she remained for the rest of her working life, clocking up 29 years’ service by the time she retired. She enjoyed her time at Waitrose and made many good friends. She also enjoyed many of the trips available to employees, including holidaying on Brownsea Island.

Linda loved a challenge and set herself the task of walking the Thames Path national trail, all 180 miles of it. Walking it in sections, accompanied by various family members and friends, Linda completed the route within a year and raised valuable funds for Macmillan Cancer Support.

Having been diagnosed and successfully treated for breast cancer in 2008, Linda had a very personal reason to support Macmillan, which she threw herself into wholeheartedly.

Whether she was arranging coffee mornings in the village hall, co-ordinating the collection of foil for Guide Dogs or knitting blankets for children overseas, tiny cardigans for the pre-term babies or huge blankets for the dogs’ home, Linda was always busy helping others.

She was also involved with the Village Gardeners scheme and was the main instigator in getting the Reading FC match day bus service extended to Sonning Common.

The strength and bravery that Linda demonstrated throughout her breast cancer ordeal and later her treatment for kidney and liver cancer was remarkable.

While receiving radiotherapy, she continued to work, walking from Waitrose in Caversham to the Royal Berkshire Hospital for treatment and then returning to work.

When she became unwell in December 2015, she was determined to carry on as usual and when her kidney was removed in February 2016 she still just got on with life as far as possible. Sadly, the last six months did see a gradual decline in Linda’s health but even during the last six weeks she was still determined to spend time with her beloved grandson Jensen.

As her only grandchild, Jensen was her “little cherub” or “sweet pea” and she adored him.

Linda would visit weekly to spend a morning with Jensen and would take him out, which always involved a trip to buy an ice lolly no matter the weather.

The pair enjoyed a very special relationship and, at only four years old, Jensen seemed to intuitively sense that he had to be a little gentler with his Nanny and was always keen to help her if he could.

The action-packed picture that Jensen drew for his Nanny was proudly displayed on her bedroom wall at the Sue Ryder hospice, where she spent her final days.

Linda was very clear what was important — her family and friends — and in her final weeks and months they were her only concern.

It was only after Linda had said her goodbyes, having waited for everyone to visit, that she allowed herself to relax and peacefully pass away on August 2.

Linda was a true fighter and fought her cancer battle with such courage and determination right to the end.

She will be sadly missed by all who knew her and her family are so proud of the person she was and that she never gave up and continued to enjoy life to the full while helping everyone around her.