Teacher, foster mother and mayor with passion for service 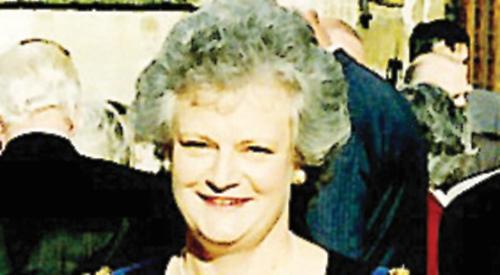 PENNY AIRD, who was a Henley town councillor and mayor, grew up and spent her early years in Sydenham in south-east London.

She attended Sydenham High School and, perhaps as a precursor of her later achievements, became head girl.

Her lifelong passion for education began with teacher training at Bishop Otter College, Chichester, before pursuing a career as a primary school teacher, later with a focus on special needs.

It was in West Sussex that she met her husband-to-be David Aird and they were married in 1969.

In 1976, David’s work as a farm manager took them to Henley, where they lived for many years before moving to the village of Skirmett in 1994.

Penny taught at Highlands School in Peppard while raising two children before moving on to schools in Maidenhead and Reading, where she became deputy head.

As her own children grew up and left home, Penny and David took up fostering, providing the security of a stable home for several young people from the local area, an important but often little-recognised endeavour.

With a passionate belief in the value of community and public service, Penny became deeply involved in local politics, first becoming a councillor and then being elected as Henley’s mayor in 1994. Jill Owen, a close friend who became a councillor at the same time (and was mayor the preceding year) described how she and Penny bonded over a shared desire to challenge the status quo: “We had no idea how we’d get on but we knew we wanted to shake things up.

“By standing [as Liberal councillors] we forced an election and ended up with the two of us having the balance of power on the council. We were definitely the rebels!”

Nonetheless, Penny the mayor took a “firm but fair hand” with both sides at the council and in the end was highly respected by all councillors despite their political differences.

She worked hard as mayor, pushing for low-cost housing for local people, and was especially proud of her pivotal role in creating the adventure playground and the sensory garden on the river bank.

She was also ambitious for Henley’s arts and culture, reflecting her own lifelong interest in art and literature, pushing through the refurbishment of the Henley Exhibition Centre (now the Old Fire Station Gallery). More controversially, she convinced the council to invest in works by the painter John Piper, which today are central works in the recently opened John Piper Gallery at the River & Rowing Museum.

Penny’s life also reflected her love of the outdoors and animals. A keen gardener and a lifelong dog owner, she was a familiar sight in the fields near to wherever she lived with a canine friend always at her side.

Despite moving to East Devon in 2002, where she continued her teaching career at two local primary schools, she always maintained strong links with Henley, regularly following the news of the town through the Henley Standard’s website and also sharing news with several old Henley friends who had made similar moves to the South-West.

Penny is survived by her husband David, daughter Katie and son Robert, who still lives and works in Henley.

Her life will be celebrated at East Devon crematorium at 1.45pm on Thursday, January 25, to which all are welcome.